Ottawa-based Feenics, maker of Keep, a Cloud-based access control solution, was a first-time exhibitor at ISC West this year. 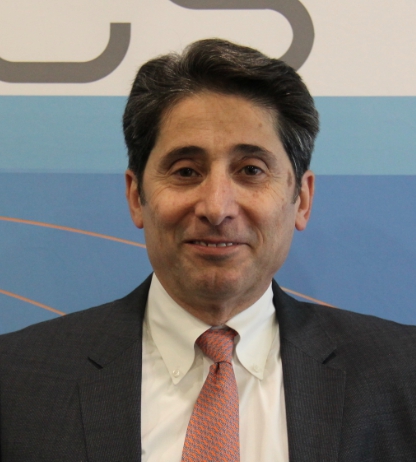 The company has shared booth space with other vendors in the past, but the timing was right to go it alone this year, according to CEO Sam Shalaby, an Ottawa fixture who also ran his own integration firm, FSC, before selling it to Convergint Technologies in 2013. During ISC West, Feenics also announced a partnership with Schneider Electric and its new AccessXpert, a Cloud-based security management solution that provides mobile access to surveillance, intrusion detection, access control and other systems.

SP&T News spoke with Shalaby during the show to get his take on how Cloud-based systems are being received by the security industry.

What kinds of discussions are you having with customers or potential customers?

The earlier discussions were about Cloud, and there was a lot of hesitation. They’re not really sure what they should do. “What is Cloud? Does Cloud fit on our space?” Now, as they’ve heard more and more, most of them know that the Cloud is here to stay. Now they’re very inquisitive. They want to know more about it. “How do you do it? How does it affect us? Does it help us? What kind of talent do we need on staff?” You’re helping people and leading them through it. At the end of day, it’s a mindset change. You’ve got to get involved or you’re going to get left behind.

Do you find attitudes towards the Cloud are changing?

It has changed. They’re doing their own homework about it. It’s great for us, it’s great for the industry, but at the same time it’s still a little bit of a learning curve. It’s maybe not as steep any more.

Are people aware of what it means to host data in the Cloud now?

The Cloud industry itself [outside of security] has been helpful in answering a lot of these questions. Because there’s a buzz for the Cloud in security, everybody is reading about what it means. They’re a lot more informed but they need some help to get them to the second level. “What does it mean to us as security integrators and where do we host it? Does it affect us whether we do it in Canada versus the U.S.?” But there’s so many data centres available and so many Federal Government approved data centres now, that shouldn’t be a concern.

So the availability of more mainstream services like Amazon — that’s changing the mindset?

Absolutely. It’s becoming so affordable now. It is making things so much easier for us. When you show them what you can do and how you can do it — that you can set up a server in the Cloud, they realize this is not as complicated as they thought it was. The closer you get to it, the more comfortable you become.