News
How to boost RMR: Video will grow profits 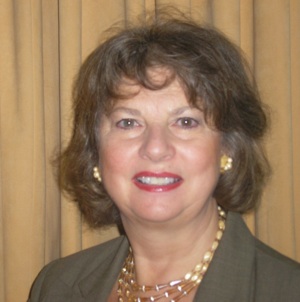 Clearly the single most significant influence on the industry this past year had been the economy.
It, along with legislation, and standards will continue to reshape the customer, so in turn it will change what we provide and how we do business.

In my personal opinion the changes that occurred in 2009 will impact how we do business and what will be important for 2010.  The three major changes that will have the greatest long term impact on the market stating in 2010 is that:
1.  Software as a Service (SaaS) will become the new normal.
2.  The internet will do for system integrators what the digital dialer did for alarm dealers and;
3.  Video technology will not only grow profits, it will improve the industry’s relationship with first responders.
Each of these areas are important but since so many readers are either in the RMR business or are shifting towards it, I’d like to focus on the third item; video alarms and our industry’s relationship with first responders.

The promise of response has always been the value behind monitored alarm systems. The security business model is simple; the security system detects intruders, the monitoring company notifies law enforcement and law enforcement responds to the event. While simple, without the cooperation and support from law enforcement the business model does not work. As an industry we have always been cognizant that if we don’t work to reduce the burden of false dispatches on first responders we put our business and this core business model at risk. You say this is ancient history, but at no time in our industry’s history has the pressure on local budgets for response been greater. That is why I think we have to leverage technology and let law enforcement know we are working with them.

Even when the economy was good, police began limiting response or creating ordinances that put our business model at risk. This issue has been a major concern for over a decade.

With this need to reduce the burden on first responders, increasing the use of verification, especially video verification should be a priority in 2010. Law enforcement is responding positively to this increased level of verification by changing their protocol assigning a higher priority response to video alarms than standard alarms – in essence an eyewitness alarm receives higher priority response than a standard blind alarm signal. This “priority response” is finally an opportunity to bring value back into the security business and build a new partnership with law enforcement that delivers apprehensions and greater efficiency.

There are several vendors and central stations that offer this new generation of affordable video alarm systems that are designed to be cost-effective, even for the residential consumer. They are no longer reserved for the large commercial customers. To be clear; video alarms are not surveillance, although they are often a feature on more sophisticated surveillance systems. They are neither attempting to identify intruders, (although it may happen) nor are they streaming video or even require broadband connections.  Video alarms are simply an incremental step doing what alarm systems have always done, detect and notify. The incremental step means that along with the alarm signal, the central station also receives a short video clip of what caused the alarm.  If there is an intruder visible, the operator confirms that they actually see somebody physically present when they dispatch.  Different video alarm systems may offer additional surveillance features beyond a “video alarm” but surveillance systems are beyond the scope of this article. Video alarms are simple, inexpensive and effective.

Law enforcement has been quick to realize the value of video alarms for verification. From their perspective, video alarms deliver more apprehensions, improve officer safety with better situational awareness, and ultimately make their response teams more effective. In one visible case study last September, the Detroit Public Schools used video alarms to make over 65 arrests in eight weeks. The industry’s largest dealer association, the ESA (electronic Security Assoc. formerly the NBFAA) recently published an article on a company in Phoenix that had over 40 captures at one site equipped with video alarms. Alarm dealers and law enforcement are taking notice and the potential for video alarms to improve service and effectiveness.

Our consulting firm has been closely following the evolution of this trend towards video alarms and priority response because we believe that in addition to ensuring the industry’s business model remains viable, it also has the potential to increase profits and value for the dealer organization that embraces it. We recently completed a study in which we compared the value of a “traditional” alarm dealer with 5,000 standard accounts and one with 5,000 video alarm accounts. The difference in cash flow, profits and long term value creation was staggering. The company with video alarms was worth over 50 per cent more than the company with standard alarms. When you combine the greater value of the accounts and the company with the fact that law enforcement actually prefers this technology and will prioritize their response based upon the increased verification, you begin to realize that this truly is a major paradigm shift in the industry.

The commercial market has been leading the push of video alarms in Canada. Beginning in difficult applications including securing electrical substations of the major hydros, video alarms have made their way to securing outdoor assets in the oil sands of Alberta. As the costs have come down, affordable video alarms are now beginning to find their way into the residential market in Canada as well.  Safeharbour, based in Halifax, has been aggressively encouraging its dealer base to move into residential video alarms and the greater revenue they can provide. Chubb has also launched a significant effort to bring the value of video alarms to their commercial and residential customer base. Protectron is making investments to provide these services to their dealer base. From our perspective, there is no reason that video alarms and priority response will not have the same impact in Canada as they are having in the U.S.

It is time that alarm dealers begin to seriously consider adding video alarms to their product/service offering.
Sandra Jones’s consulting firm assists, integrators, dealers, manufacturers and investors with profit development strategies, M&A and business growth plans. The firm is also a founder and the producer of the Securing New Ground Conference.  www.sjandco.com
Print this page