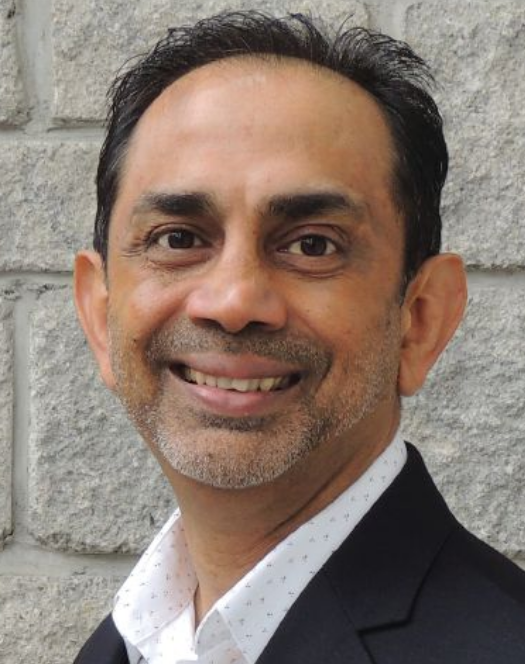 Ron Jagmohan says there are two common threads that run through his 30-year security career: learning and leadership.

“[They] have always been at the core of every-thing I do,” says Jagmohan. “It was not until later in my career that I realized these two things go very well together.”

In 1989, Jagmohan emigrated to Canada from his native Guyana, where he had served as a military officer working in aviation.

The economy was in the midst of a downturn in the early 90s. “Aviation was doing poorly, so I couldn’t get a job in my field. And security was doing quite well. That sounds familiar, doesn’t it?” says Jagmohan, with a knowing reference to the security industry’s reputation for stability during times of crisis.

Jagmohan took a job at Europlex, a maker of intrusion systems, and learned the business under the tutelage of George Watson. “I learned a great deal,” he says. “George is a great mentor and teacher, so I got my feet wet there.”

In 1994, distributor ADI took on Europlex as a vendor and Jagmohan joined the company as a subject matter expert on commercial intrusion systems. “It was a special role created for me,” by another major figure in his career, Ken Hall, says Jagmohan. (Hall would serve as a mentor to many during his own legendary security career, tragically cut short by cancer at age 51.)

“I just fell in love with what I was doing and [I had] a lot of transferable skills,” he says.

Working at a distribution business in the 90s exposed Jagmohan to many new categories of security products, as well as a variety of different vendors and customers, and he absorbed as much information as he could.

“It was a huge learning curve for me and I was just a sponge,” he says.

In 1997, security manufacturer Ademco was looking to establish a presence in Canada and Jagmohan was recruited to kickstart the business here.

“That was a really cool experience, starting off as the first employee,” he says. “We were huge in the U.S. [but] we were more or less a start-up in Canada, having that backing from a large company in the U.S.”

Jagmohan built his own team at Ademco Canada. A few years later, in 2000, the company’s parent organization was acquired by Honeywell and “we moved from [being] a Fortune 500 company to a Fortune 100 company. Everything changed, of course, under the Honeywell umbrella, but it was gradual.”

As the new millennium dawned, the industry began to slowly change too, with the emergence of IP-based and wireless equipment. Jagmohan became an early advocate of network technology, but he says it was an uphill battle to convince some industry veterans that it was a good fit for the security business. “I remember technicians telling me, ‘I don’t need a wireless system. I can fish a wire anywhere I need to,’” he says.

But Jagmohan persevered, believing IP systems to be the future of the industry. His interest in technology branched into an advisory role with Underwriters Laboratories Canada (ULC), where he served on several committees: the S500F committee for fire alarms, S300A for intrusion alarms, and as chairman for the S559 working group, a standards group for fire alarm monitoring equipment. Jagmohan’s participation with ULC spanned from his early days at ADI until he stepped away 2018.

Jagmohan has also been an active member of the Canadian Security Association (CANASA), particularly on the education side.

He credits industry veteran Mark Fairley for getting him involved with CANASA’s alarm technician course program, first as a student and eventually as an instructor. “I’ve lost count of the number of people I have trained and certified with the ATC program over the years,” he says.

Jagmohan says he worked with CANASA consistently for about 20 years before stepping away to focus on his growing responsibilities at Honeywell. But Jagmohan recently returned to the fold and rejoined the education committee for CANASA as director-at-large, then as committee chair. He is now in the process of revising the ATC program to reflect new technology.

“The scope of the industry has changed tremendously. We need to teach things like networking [and] all kinds of wireless technologies… There’s much work to be done in terms of bringing that program up to 2020,” he explains.

In 2018, the Honeywell organization spun off its homes and ADI businesses under a new name, Resideo Technologies, and Jagmohan’s new title with the organization is global training leader.

“The scope has expanded and the scope has changed,” says Jagmohan of the transition, “but it’s about not only learning [for] myself but developing a team, empowering them, giving them the opportunity to unlock their potential and also become leaders.”

Jagmohan says he values the diverse skillset amongst his team members, which makes the overall organization stronger.

Jagmohan’s curiosity for new technology has never faded over the years he has been engaged with the industry. Security has changed a lot over the decades, particularly in recent years.

“I think our industry is growing up. People respect it. I also think it’s growing up from a business perspective,” says Jagmohan, noting the number of large companies and telco providers that have demonstrated a renewed interest in security. “They’ve brought a different level of engagement, not only with employees but with customers and how business is done in general. I see that as a certain degree of maturity.”

His advice for young people considering a career in security? “I would say, pay close attention to this industry. This is certainly a place that you want to be…There is lots of opportunity for someone to make this a home, make this a career and be extremely successful. I would say, jump in with both feet.”