“I always tell people, be true to yourself,” says Armstrong. 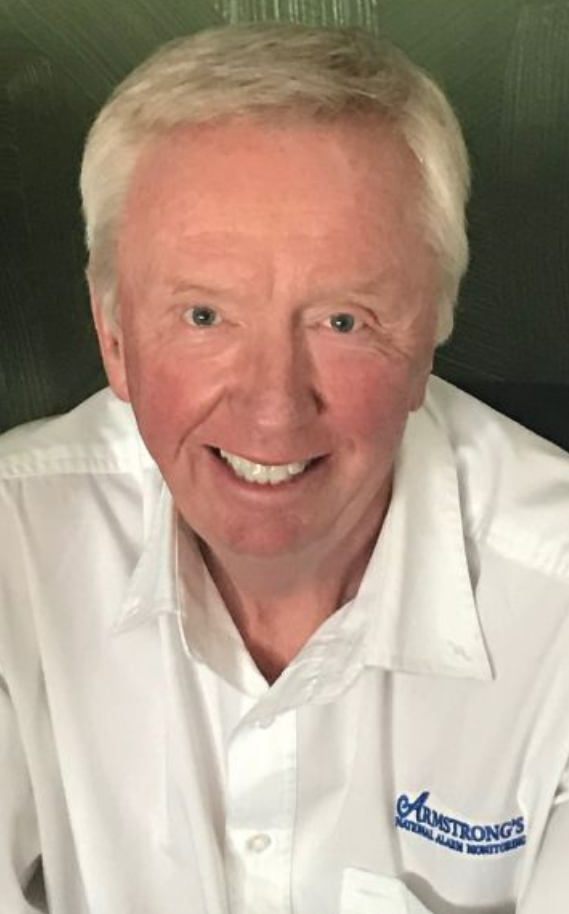 At 16, most people are thinking about graduating high school with an eye towards post-secondary education or maybe even some career plans. Gary Armstrong was buying his first company.

Armstrong was already working in the company part-time: a fibreglass business that made canoes and truck caps. He bought the company in 1978, with the support of his father who mortgaged his house to help finance the deal. From then on, the only boss Armstrong would work for was himself.

Armstrong has since established and run multiple companies, including the one he is best known for in the security industry: Armstrong’s National Alarm Monitoring, based in Coal Creek, N.B., which provides third-party alarm monitoring to more than 700 dealers across Canada.

The road to this success was not easy for Armstrong. He can recall occasions in his early years of running a business when he and his wife Jennifer were grateful to be invited over to one of their parents’ houses just to be assured of a good meal.

When Armstrong was about 23, there was an explosion at the fibreglass factory he had invested so much of himself in. The facility was eventually rebuilt, but it would take another 10 years for Armstrong to fully pay off his creditors. Other business owners might have thrown in the towel, but Armstrong was undeterred and his resolve earned him the respect of at least one business partner. Armstrong had purchased the windows and doors for his new factory from a supplier in Indiana. He says the owner and his wife, then in their 80s, drove up to New Brunswick and handed Armstrong a cheque covering all the interest he had paid them over a decade, plus more.

“I always tell people, be true to yourself,” says Armstrong. “Be as straightforward as you can with people. Perseverance, dedication and hard work … if you get knocked down, get back up. And certainly understand your own strengths and weaknesses, no matter what kind of company you run.”

His path to security began in the late 1980s, when Armstrong developed an interest in supplying two-way audio devices to assist the elderly and designed the technology with a business associate. He acquired a Fredericton-based answering service and subsequently moved into the alarm monitoring business in 1989. The facility became ULC-certified in 1994. The company opened a central station in Halifax in 1997, replaced it with another more modern facility in 2002, then a fully bilingual Moncton station followed in 2003. Armstrong’s expanded westward in 2019 with the acquisition of a central station in Edmonton (that station has since been fully renovated).

Armstrong established the geothermal business in 2008 after he took a university course offered by the Canadian Geothermal Coalition. His initial interest in the subject came from his desire to harness geothermal energy for his own facilities. He did that and more. “It ended up that we built probably one of the biggest geothermal companies in all of Atlantic Canada,” explains Armstrong enthusiastically. “We’ve got 165 or 170 installs. We do big buildings and commercial buildings. I’m involved in a lot of design work now.”

Today, Armstrong splits most of his time between geothermal and security — clearly passionate about both. (When SP&T interviewed Armstrong for this story, he was in Fredericton, overseeing a geothermal instal-lation project.)“Over the years, you learn a lot. I have surrounded myself with really good people,” says Armstrong. Over the course of the interview, he refers repeatedly to Dan Small, general manager, hired by Armstrong more than 27 years ago; Kim Caron, business development manager, who has been with the company for over a decade; and his son Colin, who joined the family business in 2006 as Moncton station manager.

“When I see a good person in the industry, I try to get them,” adds Armstrong, “whether it’s the geothermal industry or the alarm industry, or even the property management side.”

Colin Armstrong was appointed as the company’s CFO in 2019, taking over for his mother Jennifer Armstrong, who served in that role for many years until she passed away last December following a diagnosis of cancer.

Gary Armstrong says he has seen the security business change significantly in the 30-plus years he has been involved in it — from the early days when everything was “run off ticker tape and a Rolodex” to today’s innovation and the entry of more and more mass market service providers and telcos.

As difficult as the pandemic has been, Armstrong — ever the optimist — is mindful of the rapid acceleration in technology and the work-from-home cultural shift that has occurred as a result.“I believe in this industry,” says Armstrong, assessing the totality of his career.

“I’ve got lots of good friends in the industry and I have really enjoyed it.”