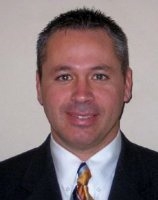 In this capacity, he will assume responsible for management of Vicon’s sales team serving the eastern half of the U.S. and Canada.  Most recently, Charles served as vice-president, business development for Lenel Systems International within the UTC Climate, Controls and Security division where he managed the new account acquisition strategy in global and key accounts growth programs. He was also responsible for all federal government sales and the consultant and AEC program. He has also held management positions within the dealer channel, including several years at Stanley Security.