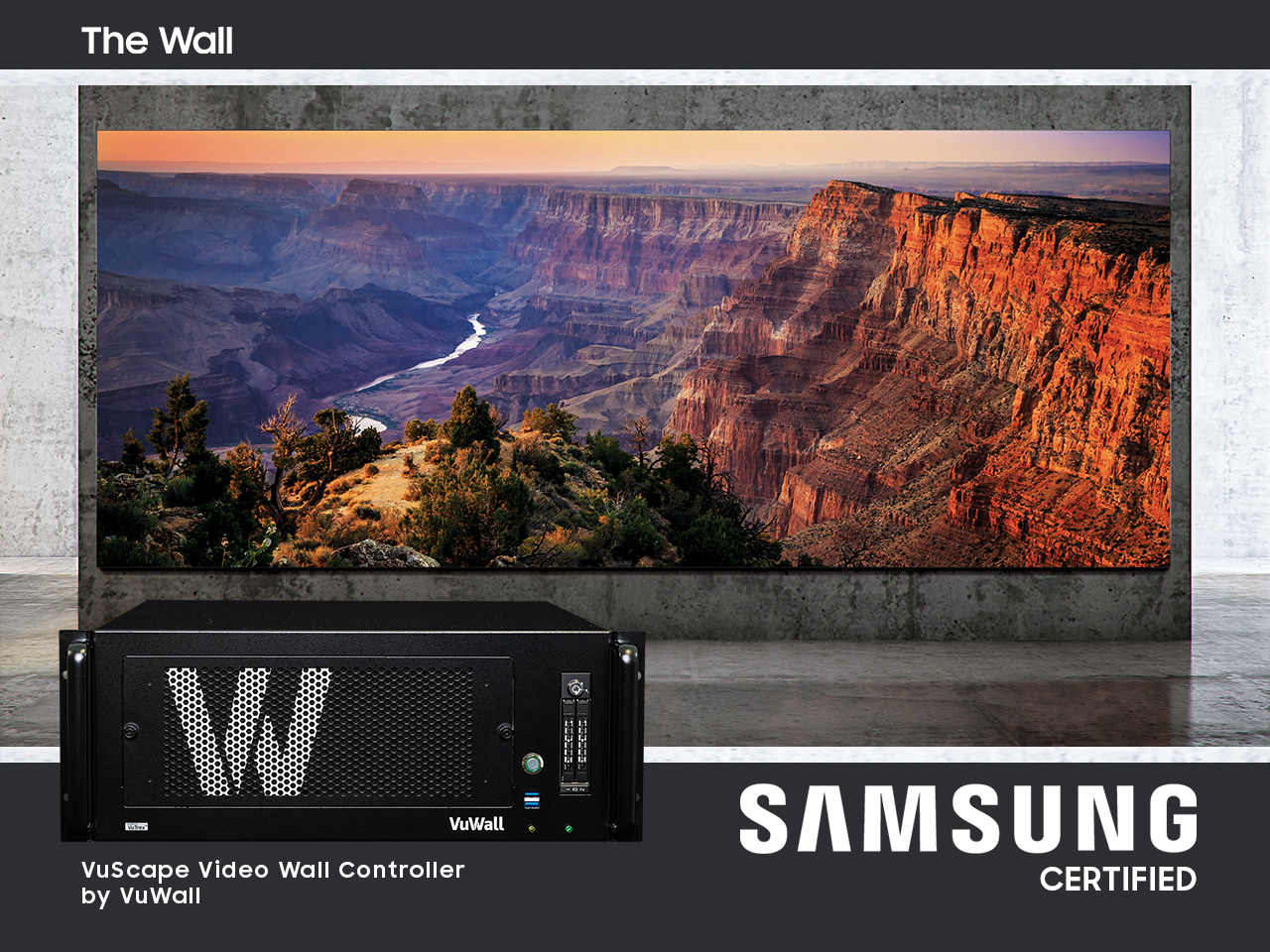 The certification program, developed by Samsung with the company’s MicroLED technology, The Wall, verifies that VuWall’s VuScape video wall controller is optimized to operate with The Wall. The program aims to facilitate control room design, deployment and operations to provide seamless integration and operation, while delivering a fully optimized visualization experience.

According to a company statement, throughout the certification process, Samsung and VuWall have focused on the design and deployment of video wall projects, offering integrators a “control room in-a-box” solution. In addition to signal compatibility, the certification also verifies the ability to manage non-standard resolutions, aspect ratios and communications with The Wall, while maintaining picture quality and control over image parameters.

“We commend Samsung for launching such a valuable program and are honoured to be the first manufacturer to earn a certification with The Wall,” said Paul Vander Plaetse, Founder and CEO at VuWall in a statement. “As we continuously thrive to simplify control room design for our integrators and control room operations for our end users, this program takes us a step further by offering guaranteed out-of-the box interoperability between our video wall controllers and Samsung’s The Wall displays.”