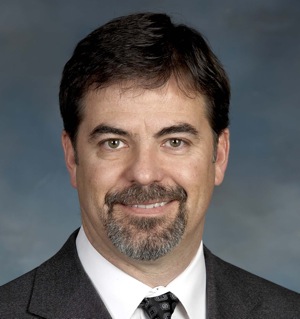 Radius combines mass notification capabilities with advanced positioning technology to pinpoint mobile duress alarm devices to determine exactly where the alarm is coming from in a building. (Industry analyst Jeff Kessler of Imperial Capital says it’s the only system in the market today that can do that.) Radius was created for use in multiple industries, including manufacturing/industrial plants, retail, education, government, and the financial sector.

Jarman says wireless is changing the commercial security landscape due to the speed of installation, cost savings and mobility as well as reliability.

SP&T News: You spoke at Securing New Ground (SNG) this Year on The Gamechangers panel with other leaders in the industry. You were representing the wireless side of today’s systems. Will 2011 be the breakout year for wireless?

Jarman: That was the theme Sandra Jones asked me to address at SNG — that wireless hasn’t exactly been embraced in the security industry. It’s a strange dynamic in the industry in that there’s a lot of confirmation that it works, they (dealers/integrators) will use it but only when they have a problem where only wireless can solve the problem. There are a couple of different dynamics that go on but I do sense some of the objections are slipping and there is a realization that you can leverage wireless in the organization. It’s definitely starting to occur. I made a wise crack in our presentation about feeling like Bonnie Raitt in the ’90s when she won Best New Artist of the Year after 20 years.

I was sitting next to Jay Hauhn from ADT (CTO) on the panel. He is extremely aware of the technology. We made an agreement in 2008 with ADT that if we invested to have a full line of UL listed commercial products they would start using our product and make the commitment to get us into their system so it was accessible to all the branches. There was a pretty big push and then the recession hit. The strategy was right for them — a big backlog and customers falling off – let’s use wireless so we don’t lose customers. But the recession hit and the backlog wasn’t a big problem any more. What was an opportunity for market share gain was attenuated. That said, we have had market share gain with ADT but it’s tough to see how the two curves cross with the demand destruction because new construction has come to a grinding halt.

Even though it’s arguably more reliable than wired it’s not what installers think. It’s not their habit, not their philosophy — they pull wire.

SP&T News: What do you think will ultimately change the habit of installers?

Jarman: There’s an increasing need of people being protected and security people being deployed around a campus. The guards are mobile and have smart phones or two-way radios and there’s a real trend towards mobility. Once you’ve got a security person or asset that is mobile, knowing where they are when they activate an alarm is a pretty important thing. So we’re trying to break into the integrator market and integrators who have the more complex IP solutions.

There’s a lot of talk of integration and access control as the lead solution as opposed to video management systems as the lead solution. In any case they are increasingly IP based and whether it’s one or the other it’s important they integrate well together and you can integrate an alarm monitoring capability more directly versus just adding an alarm panel.


SP&T News: Which integrators are you working with most?

Jarman: The national dealers are turning their heads a bit towards us. It’s ADT, Stanley, Convergent out of Chicago, and Diebold has expressed a great interest. We’re at the early stages but it’s getting some attention. Our activity since we released Radius at ASIS has been really high.

SP&T News: What are some of the larger projects you’ve been working on?

Jarman: We have quite a bit of interest from hospitals. I’m certain it’s related to the incident at Johns Hopkins (a physician was shot in September and the shooter barricaded himself in the building). I’m certain most hospitals were thinking even before that “What do we do for situation awareness and mass alerting?” and then that event occurred. School campus is another big vertical for this.

We’ve done a large number of distribution centres with a large retailer. They had done wired before then bought into wireless and did a comparison of the costs associated with the wired versus wireless system. The labour cost on the wired system was $23,750 and on the wireless it was $7,800. Sometimes up to 70 per cent of the cost of an installation is labour. So if you can reduce that labour expense that’s where they typically have a hard time getting margin. The equipment sale is where they can fairly consistently get margin. So in this case it was a 37 per cent total cost of installation savings. There are great advantages if it’s an existing complex.

SP&T News: Your head of business development and vice-president of technology is Michael Flack, a Canadian who formerly worked at GE/Edwards. How did he come to work for Inovonics?

Jarman: I recruited him, and yes, he’s from Owen Sound. He and I became familiar with each other over time through Bosch. He started out with Edwards and when STX sold Edwards to GE we spent some time there with GE and he moved to Bosch and I was impressed with his commercial capabilities and his obvious capabilities with technology. I’ve got him squaring away how we run our engineering group but he’s a CTO guy. I will have him driving product management here at Inovonics as well.

SP&T News: What’s your feeling about how the economy will play out and the impact it will have on the industry in 2011?

Jarman: I have guarded optimism for the end of the year for demand return. I think everybody at the Securing New Ground show was asking a lot of questions about that and the feeling was even when it returns it won’t return with a steep ramp. There is so much capacity in commercial properties that even as it returns it will be a modest return. In 2012 we have some really innovative product realization I think will drive well into double-digit growth. But for 2011 we have conservative growth expectations, certainly conservative for security. I think Radius will drive some growth – not so much because of new construction but situation awareness and the mass alerting demand that is emerging.