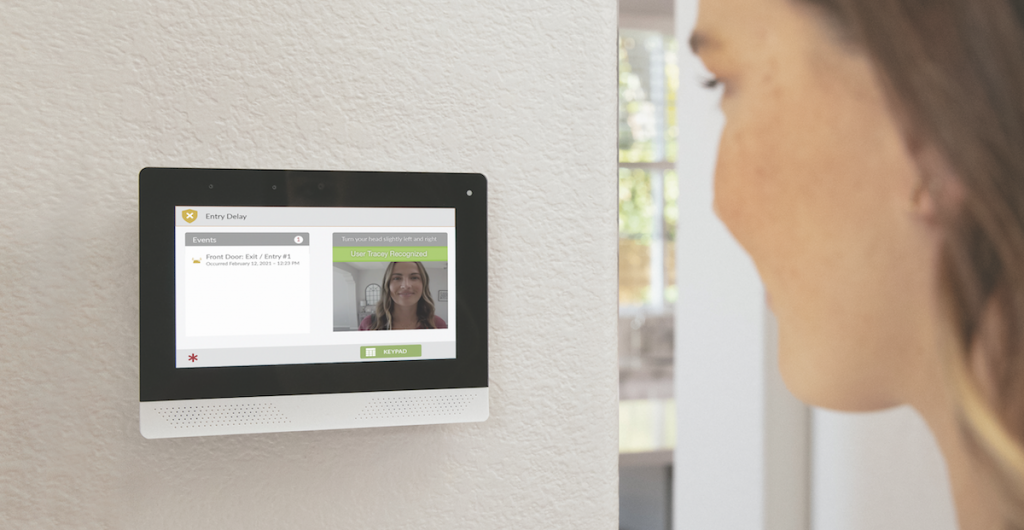 Nortek Control is touting its new 2GIG EDGE security and automation panel as a revolution in the home automation market, with built-in facial recognition that allows the user to disarm their system with a look.

The new panel, launched this week and available in both English and French, allows up to 10 users to enroll via the facial recognition interface. Biometric data is stored on the edge, not the cloud, according to Nortek, to enhance privacy and security, and deleted personal data leaves no trace behind. The facial interface cannot be spoofed, according to the company, and should be able to detect users wearing hats or glasses.

“We’re not sending anything to the cloud, no files, no analysis is being done there, so that adds that extra layer of privacy. When they delete their biometric data — their user profile — it’s gone,” explained Quinto Petrucci, vice-president of product management, 2GIG.

Nortek is well on the road to enhancing products across its multiple divisions, according to Chris Larocca, Nortek’s president and CEO. The company gained new technology as a result of its 2018 acquisition of IntelliVision Technologies, a developer of AI and deep learning video analytics software. In 2019, Nortek introduced an ELAN Intelligence Touch Panel, which was the first Nortek product to incorporate facial recognition capabilities.

As a company, Nortek undertook a rebranding initiative in 2020, said Larocca, who joined in 2019, and also scaled up its investments in R&D. “We believe that this will be the most disruptive residential security product on the market,” said Larocca of the new EDGE product. “And this will be the beginning of a lot of products released by Nortek Control across all of our divisions that will have that level of analytics embedded.”

In addition to its facial recognition interface, the EDGE panel can be disarmed when it comes into proximity with an enrolled Bluetooth-enabled phone, a keyfob or via a traditional PIN code.

EDGE also supports ONVIF camera integration, allowing camera feeds to be viewed directly on the panel’s screen. The hardware itself is also a step up from previous iterations — it’s 50 per cent thinner and features a high-resolution screen that’s five times brighter. Additional features include dual microphones for noise and echo cancellation, front-firing speakers, built-in radio, and glass-break sensor. The unit has been upgraded with a 1.6 GHz quad core processor — Nortek says it’s four times faster than the previous generation of 2GIG panels.

The panel is Z-Wave compatible and supports up to eight additional Keypads per system, which feature the same functionality as the EDGE unit with the exception of facial recognition. Voice activation is possible through popular digital assistants.

“First and foremost, what we try to do is make this the centre of your smart home,” said Petrucci. “This is where you want to go to interact on a daily basis, whether it’s with your security system, your automation control, your locks, your lights, your thermostats.”

According to Petrucci, the panel is also forwards compatible with 5G. “It’s not just a new product from 2GIG, it’s a new platform. We took great pains to make sure this product is advanced enough so that we can continue to add value for the customers for years and years to come,” he said.

At launch, Nortek is offering a blitz of training and marketing support for dealers and partners through its 2gigedge.com portal, as well as a wide variety of branded swag. Through the months of March and April, product training is offered daily, Monday to Friday, via online and in-person sessions, as well as tutorial videos.

EDGE scored an early victory back in January when it won an award pre-launch, recognized with the Consumer Technology Association’s 2021 Security and Surveillance Product of the Year Mark of Excellence Award. According to Nortek, the product will be available broadly through distribution starting mid-March.