Brad Casper has joined MKS as the new Director of Development. His thirty year career began as a Systems Engineer for Rockwell International’s E911 System. 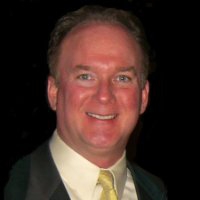 This was the stepping stone to a number of positions in software development, application capacity planning, Project Management and IT Leadership. Casper’s industry experience spans very large companies (Verizon, Citibank) to small start-ups, across the Telecom, Automotive, Financial Services and Public Utility industries.

Under his direction, the MKS Development Team has completed the first layer of integration with the CSS Aeonix System. He has hosted both internal and external focus groups for continuous improvements on the look, feel and functionality of Stark, the new GUI Interface. Furthermore, he has improved the QA process and reporting as well as added two new full-time developers to the department. Casper is currently working with MKS President, Victoria Ferro to create a developmental roadmap that will be presented at the MKS 2016 Users Conference in March and ISC West 2016 in April.