Milestone Systems’ XProtect video management software has teamed up with Sentry360’s line of 180°, 360° and ultra-high resolution directional network video cameras that manage up to 14 megapixels. 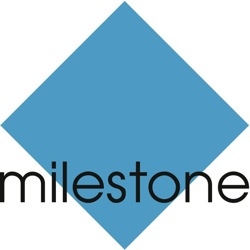 “This partnership with Milestone has been several years in the making,” says Thomas Carnevale, CEO of Sentry360, in a press release.

Sentry360 has a plug-in with Milestone called XProtect Smart Client plug-in. It is designed to work with Sentry360’s cameras to deliver a pan-tilt-zoom experience in live or recorded video with multiple and configurable independent views from one camera.

“We believe this alliance leverages the two key technologies that deliver exactly what enterprise users are demanding: identifiable evidence with ultra-high resolution cameras and reduction of blind-spots, combined with scalable open architecture video management software for all levels,” says Carnevale.

Users say two significant problems associated with traditional video surveillance installations are ensuring an appropriate target area for prime video coverage in the event of incidents, coupled with the rising cost of storing that video data as cameras continue to increase in both number and resolution.

The open platform of XProtect allows customization of the video surveillance system and integration with third-party applications.

According to a Sentry360 statement, its multimegapixel, 360-degree immersive imaging and directional cameras reduce the amount of cameras needed to cover any given environment. This product will appear at ISC West trade show this week in Las Vegas.