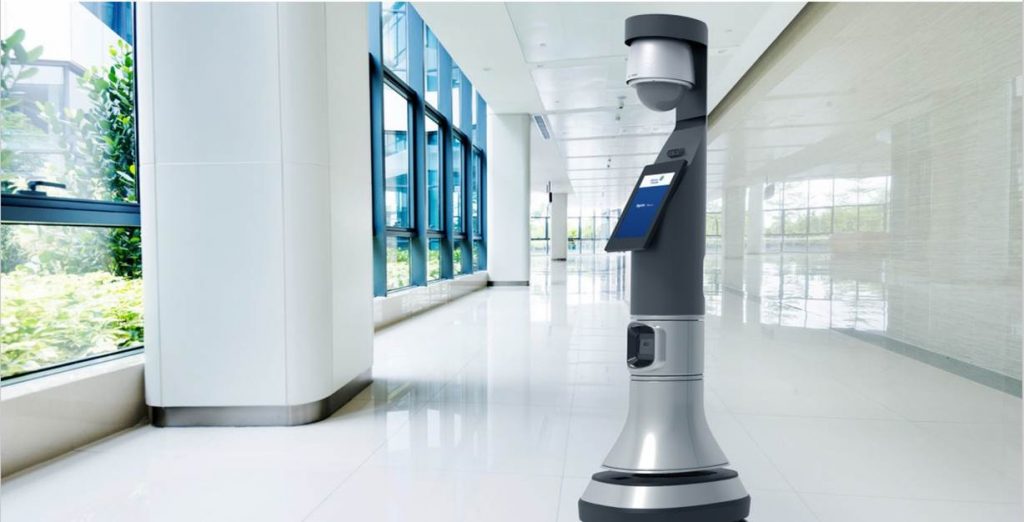 Johnson Controls announced it is adding body-worn cameras and autonomous robots to its physical security portfolio.

Johnson Controls’ Security Robots are powered by Ava Robotics and designed for autonomous event response, patrols and inspections. They provide 360-degree video coverage and SIP audio communication capabilities. According to the company, the robots are equipped with video analytics that can monitor building occupancy levels, mask compliance, and object detection. They can measure temperature, humidity and air quality and combustible gases during inspections with solutions such as Johnson Controls C•CURE and Victor event alerts.

“At Johnson Controls we continue to enhance building technologies through digital transformation by leveraging Edge AI devices that power the OpenBlue Platform,” said Vijay Sankaran, chief technology officer at Johnson Controls, in a statement. “Smart, autonomous buildings that continuously learn, adapt and automatically respond to the needs of occupants and environment are safer, more sustainable and more secure.”

“Leveraging Artificial Intelligence, IoT and robotics in our security solutions enables us to provide our customers with new levels of operational visibility, situational awareness and autonomous operation,” added Osvaldo San Martin, vice president and general manager, Johnson Controls Security Products. “These technologies are among the first to be released from the OpenBlue Innovation Centers to accelerate bringing new technologies to market with our partners.”