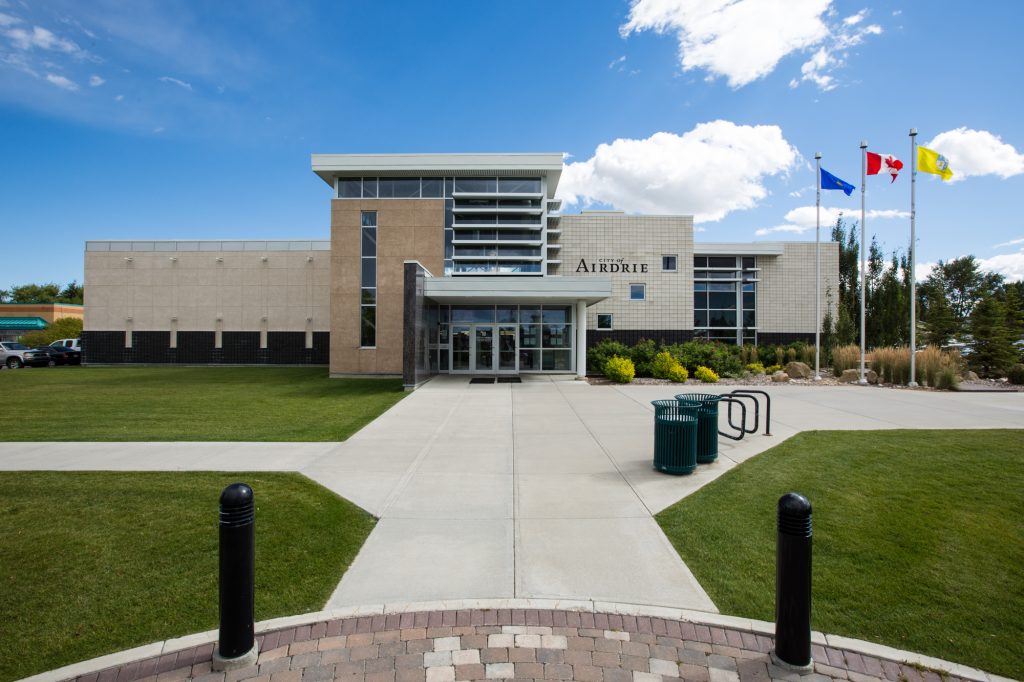 “The cameras were pointed in the wrong direction, the footage was grainy, or there was no recorded video of the crime,” says Cameron, in a statement. “It was frustrating that we couldn’t use our existing camera system to help law enforcement.”

The Hanwha PNM-9081VQ 20 megapixel provides four sensors with 5-megapixel resolution each and the PNM-9080VQ 8 megapixel provides four sensors with 2 megapixels each. They offer triple codec H.265/H.264/MJPEG combined with WiseStream II compression technology, which Hanwha says provides bandwidth reduction without sacrificing image quality. Hanwha explains further that both models are vandal-rated, and Cameron and the City of Airdrie found that valuable, since their cameras are often located in unattended parking lots and recreation areas.

The Hanwha cameras record 24/7/365 to a network and secure servers. Airdrie’s corporate security manages the cameras with the Genetec Omnicast video management software which they use to review footage, export video clips and for other functions.

Now, when the police request footage for an incident, if it is in an area where the Hanwha cameras are installed, Cameron says he is confident he will have the video they are looking for and the quality images they will need to aid in the investigation.

According to Hanwha, it was just 45 minutes after they installed that first multi-sensor camera that it was used to help solve a crime.

“A dumpster fire did $30,000 in damage and we were able to supply police with crystal clear images of the perpetrators,” Cameron says. “The camera paid for itself and then some within 45 minutes of installing it.”

Cameron says they will replace existing PTZ cameras with Hanwha models and plan to add additional Hanwha multi-sensor cameras to their security system as it grows.

“We’ve been more than happy with Hanwha’s multi-sensor cameras,” Cameron says. “I’ve worked with a lot of camera brands, makes, and models, and these Hanwha multi-sensors are some of the best cameras I’ve ever worked with. They speak for themselves.”