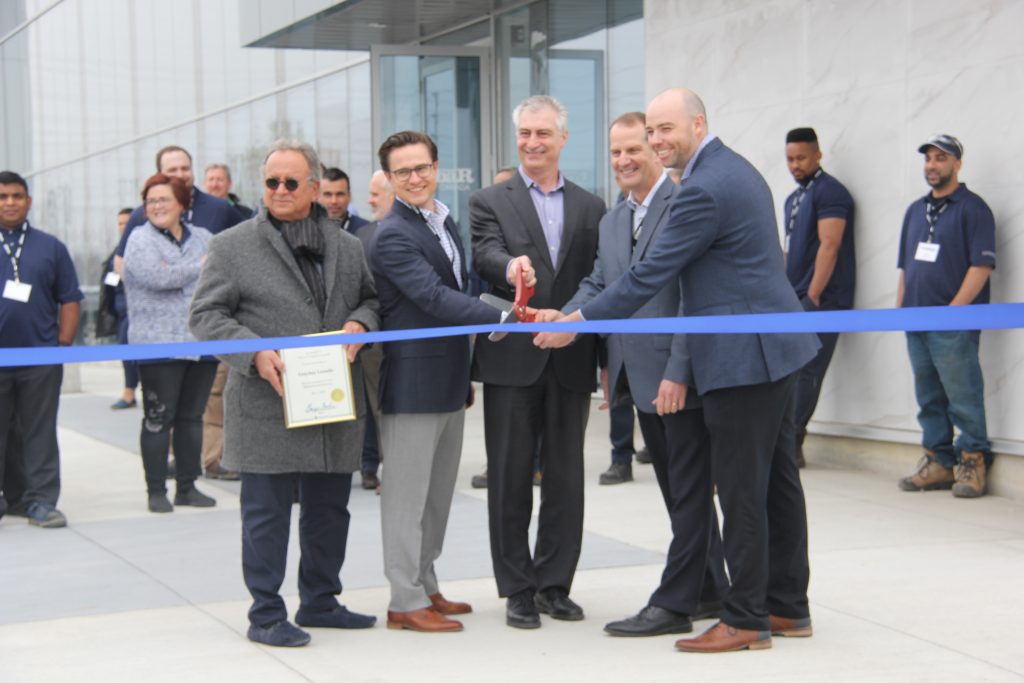 Graybar Canada celebrated the grand opening of its Vaughan, Ont., branch on May 2.

The event involved a ribbon cutting ceremony, a barbecue and a showcase by the wholesale distributor’s vendor partners. Security players like Alarm.com, Weiser Lock and Nortek Security & Control took part, along with a diverse group of communications, electrical and industrial manufacturers.

Graybar Canada says the 90,000 sq./ft facility is its largest branch and a consolidation of its Markham and Mississauga locations. Located next to Highway 427 and 407, Vaughan will be an electrical, comm/data, automation and wire warehouse hub for the Greater Toronto Area.