Austin, Tex.-based Eagle Eye Networks announced it has acquired Panasonic Cloud Management Service Europe BV, giving the company an immediate presence in Europe, according to CEO Dean Drako. Terms of the sale were not disclosed. 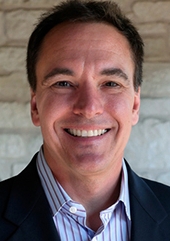 The company already had a limited presence in Europe thanks to an initial foray into the U.K. However, the acquisition is expected to significantly boost Eagle Eye’s growth in the region. “It allows Eagle Eye to accelerate our efforts in Europe by 100x what we would have been able to do on our own,” explains Drako.

Originally known as CameraManager.com, the company was founded by Rishi Lodhia and Tijmen Vos in The Netherlands in 2005. (It was acquired by Panasonic in 2013.) Both principals will remain with the company, which will be rebranded as Eagle Eye Networks EMEA (Europe, Middle East, Africa) division. “[They] are a good part of the reason I wanted to do the acquisition,” says Drako. “They’ve been working in the Cloud video surveillance space for a long time and have been leading the charge.”

Lodhia is now managing director for Eagle Eye EMEA and Vos will lead the division’s R&D efforts. In addition to management talent, Eagle Eye has also added the company’s customer base, distribution channel, facilities and surveillance products — CameraManager and NuboCam. CameraManager is a Cloud-based VMS product suitable for a low camera-count site and NuboCam is a 4G/wireless camera with two-way audio, suitable for residential or small business use. The products fit well within Eagle Eye’s current portfolio, according to Drako, and will create more of an evolutionary upgrade path for customers who wish to add more cameras as they grow. Eagle’s current products include a VMS offered in Cloud-based and on-premise (or a mixture of the two) configuration and suggested for multi-site operations. All of the products will be available through Eagle Eye’s global dealer network.

The acquisition also includes two data centres in the Netherlands, bringing Eagle Eye’s total to eight: three in North America (including one in Montreal), three in Europe and two in Asia. “Now we have a global presence in the three major markets,” says Drako.

Drako first founded Eagle Eye Networks in 2012 as a Cloud-based video solutions company. Drako is also the founder and former CEO of Barracuda Networks. He says his legacy in the cyber-security market gives him a distinct advantage when it comes to designing and providing network-secure surveillance products. “We’ve put a lot of effort into making sure Eagle Eye is cyber secure and helping train dealers on how to do deployments that are cyber secure as well,” he says. “People have a lot more trust in what we’re doing at Eagle Eye, given my background and my experience.”

More customers are willing to place their faith in Cloud-based systems today, adds Drako, in large part due to the growth in expertise in making the Cloud a safe place to do business. “The average customer has come around and realized that it’s actually more secure in the Cloud.”