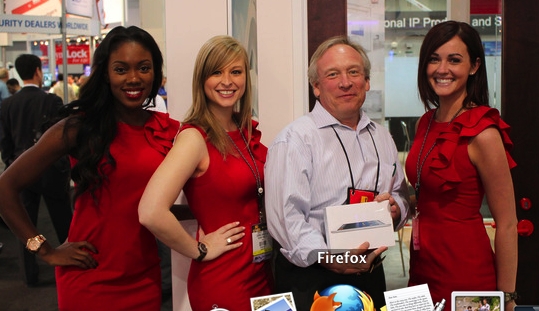 Its SS4000-S3 combines Crane’s all-glass styling with secure anti-tailgate/anti-piggyback, as well as, an overhead 3D-camera system for single- and multiple-person detection.

The two companies gave away four iPad Minis to attendees whose code could open the locked doors at either side of their booth. The codes were handed out as a scratch-and-win type card, which revealed a digital code.