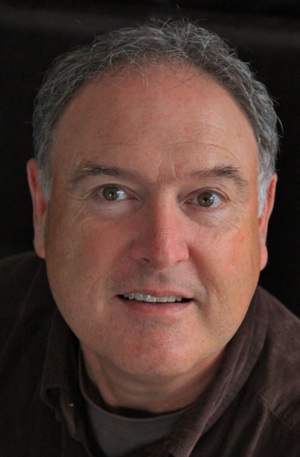 However, in my opinion, the program fails to meet its stated mission and represents a significant financial disservice to the membership. This failure also deceives the end users to whom the commitment is made. Ultimately it allows companies to buy credibility instead of consistently earning it.

Allow me to explain my comments.

First, understand that there are several market segments, each with its own objectives. At the top of the pyramid are the nationals. In this category I include Chubb Edwards, ADT, Honeywell, Diebold, JCI, Siemens, Stanley, Protectron, Simplex and others. As all are part of larger publicly traded national or multi-national entities, they already subscribe to a code of ethics and must meet the high standards of securities exchanges in both Canada and the U.S.; they exercise personnel polices of employee training; and many engage in continuous improvement programs such as Six Sigma. They already subscribe to a higher level of accountability than the CASC program demands. And yet, the CASC program would charge them $20,000 per year to support something that has zero benefit. Tell me I am crazy if they don’t jump at the chance.

The next level would be the larger regional players. The list is too numerous to recount here but they are all well recognized in their respective markets. In this category I am talking about those integrators whose revenues are routinely in the multi-million dollar level. Their technical level rivals the top players, but their focus is regional. And they have achieved this success year after year, because of their competence. They may not practice formal improvement programs, but they do invest in employee training and are often ahead of the curve in the adoption of newer technologies. The smaller size of their workforce allows them the nimbleness to change directions quickly, something that their larger competitors often struggle with. They have established credibility already. And yet they must pay either $2,000 or $7,000 a year, again with no discernible benefit.

The base level is the small independent dealer. This group clearly has the most to gain through the CASC. By spending $1,200 per year, they can claim membership in the club. Granted there are minimum levels of experience that must be in place to be accepted, but it very much works in the favour of these companies to have the CASC in place. They don’t have to earn the credibility of their larger competitors; they can simply buy it at a discounted rate. Why wouldn’t you put up the money if the return so far outstrips the investment?

But these comments are actually the least of my concerns. The real issue is that the program does not address the stated mission of “promoting best practices…and professionalism in the electronic security industry.”

I base these comments on the following reasons:

First, the program does not define or even allude to what constitutes “best practices.” It does not mention anything related to continuous improvement. In the absence of a clear (or even vague) definition of what is to be understood as best practices, it is left to every individual company to establish their own norm. ULC cannot measure that which has not been defined. And ULC is not in ANY position to begin defining these practices.

As you can see, in the absence of a definition, any criteria can be offered as a reasonable interpretation.

Based on my experience and tenure in the industry, I believe that I have a pretty balanced and objective view.

Candidly, the majority of the people in this industry have reasonable technical skills that motivated them to get into the business. But many chose not to work with one of the nationals where they could have learned some of the aspects of running a business. Instead they fight every day to meet expenses and scratch out a living. They have learned what they know by the school of hard knocks and they manage by the seat of their pants. They ‘…don’t know what they don’t know…’ and they never make time to learn it.

By sheer numbers this group defines the industry and its issues. And the CASC allows them to continue to do so by the simple investment of $1,200 a year.

Statistics Canada defines a small business as one which employs five to 100 people. Clearly the vast majority of companies in our industry fall within these parameters. These same statistics indicate that about 85 per cent of small businesses fail within the first five years. And although there are several factors that contribute to these failures, the two foremost are poor management and insufficient finances. A lack of technical competence is seldom a reason for failure.

With respect, our industry does not need another program to mask its managerial shortcomings by purchasing credibility. Rather, it needs to develop the leaders of these companies so that they begin to run businesses which operate with a managerial excellence that exceeds other industries. It needs to define best practices and provide a mechanism to those in positions of responsibility (regardless of the role they play in a company) to learn and develop these skills. The industry needs to champion the habit of continuous improvement.

The CASC does not even begin to address these needs. By “selling credibility” it perpetuates the true problems with the industry. And it deceives the end user who is encouraged to rely upon this certification as part of their search for legitimate suppliers.

Let`s acknowledge our reality and address it. In the end, our companies will be better run, more profitable and they will be the outstanding leaders when compared to other small business owners. End users will receive quality and value delivered in a professional, reliable and sustainable manner. At the end of the day, isn’t this we are really hoping to achieve.

Jim Brown is a consultant with many years experience in the security industry. He can be reached at jbbrown@bell.net.