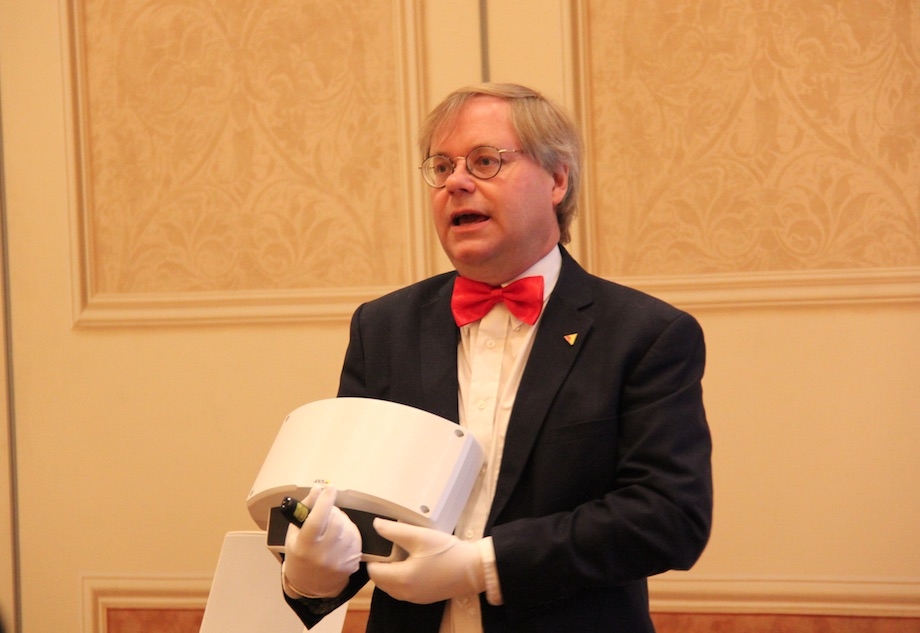 Axis co-founder Martin Gren said that thermal technology is “great for perimeters and long distances … but expensive.” Axis has produced its own thermal technology for the last decade, but sought alternatives, said Gren, adding that Axis looked to the automotive industry’s use of radar for object detection as inspiration.

The company describes its AXIS D2050-VE Network Radar Detector as an “an outdoor motion detector with radar technology that can provide cost-efficient perimeter protection and decrease false alarms. The new network radar is a great complement to existing surveillance solutions in smaller outdoor areas, such as warehouse perimeters and construction sites, that need monitoring after-hours.”

During the media event, Fredrik Nilsson, vice-president, Americas, Axis, also touted the company’s offerings outside of the security market, including IP speakers for background music and announcements in retail and education environments, as well as people-counting technology offered through its Cognimatics product line.

Finally, Nilsson addressed the highly topical matter of cyber-security when it comes to networked products.

“What is the responsibility we have as a manufacturer? Security patches,” said Nilsson. “Sometimes it’s a matter of a few days to come out with a security patch and send it out to the customers. The only way to do that is to own your own technology.”

According to Nilsson, Axis cameras are wholly created by Axis with no OEM components, which, he argued, boosts their reliability and resilience.