Features Business & Marketing
Ask the Expert: What is the best way to estimate bandwidth consumption in an IP video system? 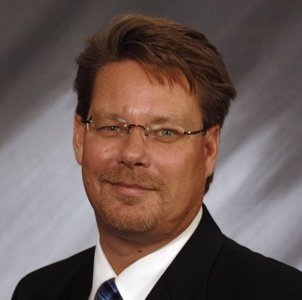 Bandwidth is a key consideration in managing surveillance systems and ensuring their full potential is reached. Video over IP consumes a large amount of bandwidth — measured in bits per second (bps). As a rough guide, one camera might consume between 100 kbps and 2 Mbps. Compare this to audio, which typically consumes only 80 kbps.

The compression technology used, frame rate, resolution, and scene activity level all affect the bandwidth consumption of a surveillance system. With so many factors, it is difficult to estimate bandwidth and/or the rate of disk-space utilization without detailed knowledge of the environment in which the system will be installed.

However, it is extremely important to determine how much bandwidth will be consumed when designing the system. Overestimating can result in an excess of storage, which will increase the cost of the system significantly. Underestimating, in extreme cases, can overload the network and bring it to a halt. In other cases, it can result in some of the following:

Video artefacts, such as blocks in MPEG and M-JPEG and increased fuzziness in Wavelet
Dropped frames and choppy video
Resolution lowered from 4CIF to 2CIF or even to CIF making the picture less clear
Temporarily lost connections or frozen video

The best way to predict a system’s requirements is to conduct a pilot test — even with just one camera. Run it for a short time in the environment the system will be installed in, then review the video and make any necessary adjustments.

Consider planning an IP-based surveillance system for a school. If you take a spot measurement at 9 a.m. and use it to draw conclusions for an entire seven-day period, your estimate will be seriously off target. Your total may be half of what you would conclude using data from the time right before the school’s first bell or at lunch time.

By looking at a full day, you can calculate the average level of activity and also identify peaks. This will give you a much more accurate estimate of bandwidth consumption, the amount of disk space you will need for recording, as well as what the peak load on the network will be.

To control bandwidth and storage consumption, you can cap the bitrate of each IP camera or encoder so that it never uses more than the specified amount. The advantage of this method is that you are guaranteed a predictable number of days of recorded video, which is important for regulated environments. It is also appeases IT departments who want to know how much you are going to stress the network.

However, there is a disadvantage to capped bitrates. If the encoder or camera is nearing its bitrate limit, it will either drop some of the frames or reduce the resolution. This can be an issue when video quality is degraded and no longer useable for the customer’s needs.

An alternative to capped bitrates that still allows you to control bandwidth is to record at the edge of the network. This is a distributed approach to storage where the video is spread across a number of edge storage devices — such as DVRs, encoders with local storage capabilities or iSCSI RAID arrays – as opposed to centralized on one. It keeps video off the network for recording; the network is only used for live streaming and playback.

Determining the right design for the system you’re installing will depend upon the customer’s infrastructure and their video surveillance needs. Listening to their requirements will help you plan accordingly and achieve the greatest success.

Norm Hoefler is responsible for the Canadian operations for Bosch Security Systems, Inc.
He has worked in the security industry for 17 years, in integration, business development and manufacturing.