Features
What is open and why is it important? 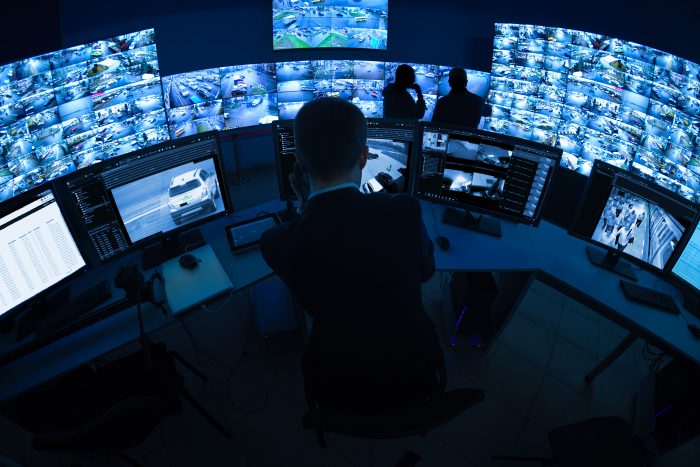 Many discussions have occurred in the security industry lately about open versus proprietary technology. End users prefer to install and operate systems they deem as open, versus installing systems that are viewed as proprietary (or closed). An open system provides more choices. End users can easily expand their security systems and integrate with complementary technologies necessary to secure their people, property and assets. But as I researched and talked with others in the industry, I realized that everyone has their own idea of what “open” really means.

According to TechTarget, “an open API, also known as a public API, is an application programming interface that allows the owner of a network-accessible service to give universal access to consumers of that service, such as developers.”

My company’s (AMAG Technology) definition of open is when a manufacturer develops software and hardware and makes the API available to any company who wishes to integrate with another company’s software or hardware.

A proprietary system is a closed system that only works with a manufacturer’s own hardware and software. Proprietary companies do not share their API.

Some manufacturers claim they are open as part of their business model, and they will stake their brand and reputation on being open. Other manufacturers are proprietary and sell based on the features and benefits within their own system.

Some manufacturers charge their technology partners for access to their API and then make them abandon their own hardware. How can a system be open if an organization must abandon its own products and solutions? Even if that hardware is commonly used by many companies, is that system truly open? Some would call that “pay to play,” which is another form of a proprietary system.

What about when a company has to pay a fee to integrate to an API? Is that considered open?

Several organizations have partner programs established to manage the large number of companies that want to integrate with their technology. A nominal fee is charged to offset the costs associated with testing and certifying the integration. A fee is acceptable if both companies benefit from the integration, and marketing and technical support are provided.

Ultimately, an open platform can integrate and operate with any software once the API is provided. This new way of doing business means that even the biggest competitors could become technology partners if the end user chooses to install a system that way. Imagine partnering with your biggest competitor!

Progressive companies understand the importance of delivering an open platform to the market. They uncover new ways to drive revenue and create happy customers. Making your own hardware and software allows you to control what success looks like. Being open allows for others to inter-operate and provides more choice for end users.

The impact of PLAI

This is an example of how the industry is committing to the idea of providing open solutions. PSIA supports licence-free standards and specifications, which are vetted in an open and collaborative manner with the security industry as a whole under the direction of its board of directors. Companies committed to PLAI have developed adapters that provide a bridge that allows different physical access control systems to communicate with each other and share data. [Editor’s Note: AMAG Technology is a member of the PSIA and sells products that support ONVIF, including the Symmetry CompleteView VMS. For more on the PSIA, refer to the Q&A with executive director David Bunzel in the Aug/Sept edition of SP&T News.]

ONVIF is an open industry forum that provides and promotes standardized interfaces for effective interoperability of a wide range of IP-based physical security products.

ONVIF lets end users select optimal products from any manufacturer without locking them into one system. Developers use the interface to integrate products from different vendors. A company must be a member to claim ONVIF conformance, and products must comply with at least one ONVIF profile. Using ONVIF conformant products helps future-proof an organization’s investment in their security system.

Integrations with other open systems

Installing an open system makes it easy to integrate different technologies into a security program. For example, a hospital may want to add licence plate recognition (LPR) software to its access control and video system. If it’s an open system, the LPR software will integrate so the security operator can use it as part of the company’s existing infrastructure.

It also provides more options for end users. If a customer chooses one system, and decides a few years later to change out the software, or head-end, they can do so at minimum cost. They can keep their existing hardware — controllers, readers, etc. — and install new software. While this isn’t ideal for manufacturers, it offers a selling point at the time of the sale and puts the customer at ease knowing they could change software and not have to do a complete rip and replace.

Do integrators benefit from selling open systems to their customers? Absolutely.

When an integrator sells an open system, they are providing more options to their end users. Not only can they “sell” the idea of open and all the options that are available when an open system is installed, but they can profit from that growth. They can upsell different technologies as the system evolves and as the end user grows its security program.

If the customer is not happy with one component of their system, it is easy to replace. They can sell them a new component rather than perform a complete rip and replace, which is upsetting and expensive for the customer. An open system provides versatility, which shines a positive light on the integrator who can help them more easily solve their challenges.

As stated earlier, the primary benefit for an end user to choose an open system is to have more technology choices available at their fingertips.

Security systems normally start out small, or as budget allows. As time goes by and more budget is allocated, systems grow. More cameras and doors are added to a system and often integrations with additional technologies, as new needs are uncovered. For example, a data centre may start out with access control and video, but as budget allows, an integration with an intelligent audio system or identity management system may be needed. Starting off with an open system makes adding new technologies simple and easy.

If an end user installs a system and decides after a few years that they don’t like the technology they originally chose, they can easily change it out to a different technology. They can keep their panels, readers and other hardware, but install new access control software. This is more economical than doing a complete rip and replace of a system.

Progressive manufacturers understand the importance of being open and will drive standards throughout the industry. Not only does it drive revenue, it satisfies the customer. From the manufacturer’s perspective, owning the hardware and software means manufacturers can control product upgrades and what success looks like. They do not have to depend on when third parties decide to upgrade their products. Integrators can sell the concept and profit from technology add-ons. End users have more choices in technology and more freedom to swap out or upgrade if needed.

Kim Rahfaldt is the director of media relations for AMAG Technology (www.amag.com)