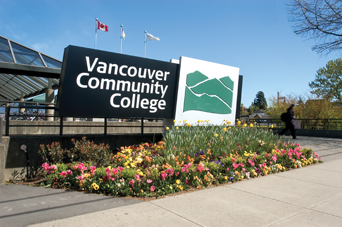 Vancouver Community College, one of British Columbia’s oldest and largest colleges, has deployed the Avigilon HD Surveillance System in an effort to improve staff and student safety across its two campuses in the Vancouver, British Columbia area.

“Our previous analogue-based system could not provide the image clarity and management features needed to improve campus security,” explained Surinder Aulakh, director of safety and security at Vancouver Community College. “We knew it was time to move to a high definition system like the Avigilon HD Surveillance System to capture useable evidence that can be easily reviewed and shared with the appropriate authorities for fast and efficient conflict resolution.”

Leveraging the features of Avigilon Control Center NVMS including its use of JPEG 2000 compression technology, the college can provide useable evidence to local law enforcement faster than before, helping to strengthen its relationship and leading to more successful investigations. In addition, the College utilizes the advanced search and bookmarking capabilities to highlight specific details to reduce investigation times from days to minutes and is currently networking both campuses to ensure automatic failover from one site to the other if necessary. The Avigilon HD Surveillance System not only boosts security, it also leverages the college’s existing infrastructure to further reduce costs. With Avigilon HD Surveillance System, the college can easily scale to meet expanding needs and integrate with the industry’s leading access control system as budget allows.

“Committed to delivering innovative instruction to help students reach their personal, educational, and professional goals, Vancouver Community College has created a safe and open environment that fosters success for both staff and students,” said Dave Tynan, vice-president of global sales and marketing at Avigilon. “With the Avigilon HD Surveillance System, the college has invested in a reliable, scalable, and cost-effective solution to ensure fast and efficient resolution of issues and help maintain the well-being of the entire college community.”