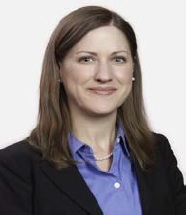 The Top 100 Awards, presented at a gala recently at the Metro Toronto Convention Centre, recognize Canada’s strong, fearless female leaders who have become agents of change in reshaping Canadian organizations at the highest levels. Co-Presented by Scotiabank and KPMG, the Top 100 Awards celebrate and highlight professional achievements of women across the country in the private, public and not-for-profit sectors at a time when corporate Canada is undergoing pressure to promote more female leaders into board and executive office positions.

“Tracy is an exceptional leader, and we are proud of her selection for this prestigious award,” said Bob Chauvin, who serves as the chief executive responsible for the Tyco Integrated Fire & Security business in Canada as well as Tyco SimplexGrinnell in the United States. “Tyco shares WXN’s commitment to the advancement of women in executive and management roles, and Tracy’s outstanding success in our organization makes her a highly deserving recipient of this top honor for female leaders in Canada. True to the WXN ideals, she has been an agent for change at Tyco and is making a tremendous impact on women in our organization.”

The WXN Top 100 Award nomination highlighted Long’s excellence as a leader, the impact she has had on women, and her commitment to community service. She joined Tyco in 2009, and was appointed President of Tyco Integrated Fire & Security in 2013. Over the past 15 months, she has led the integration that brought the Canadian operations of SimplexGrinnell and Tyco Integrated Security together into one combined business. Under Long’s leadership, Tyco Integrated Fire & Security delivered nearly 33% year-over-year growth in operating income in the last fiscal year while completing the complex business integration process. Long is a passionate champion for diversity and inclusion, particularly through her leadership as Chairperson of the Tyco Global Women’s Growth Network (WGN). She has appointed several female executives to her leadership team and also provides coaching and mentoring to many female high-potential employees throughout Canada.

“Despite ever-changing styles and tastes, great leadership is timeless,” says WXN founder, Pamela Jeffery. “Top 100 Award Winners are a testament to the incredible range of female talent and leadership in Canada and proof that change is happening, with more women earning a place at the highest levels of Canadian organizations.”

“I am deeply honoured and very humbled by this award and by the opportunity to be recognized alongside so many incredible female leaders,” said Long. “I am inspired by what they have accomplished and excited to see more and more women serving in key leadership roles throughout Canada. All of us at Tyco commend the Women’s Executive Network for presenting the awards and for all it is doing to support the advancement of women.”