News
Smarter AI is pushing the boundaries of camera intelligence 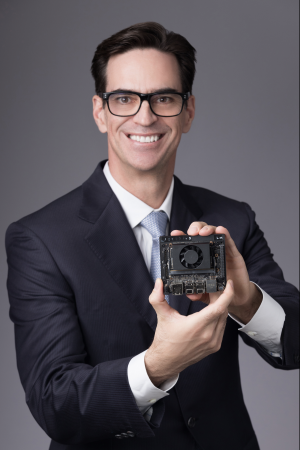 Ten years ago, Smarter AI founder and CEO Chris Piche got what he called a “front-row-seat” to how rapidly a technological transformation could disrupt a market.

He’d created and led a small software company called Eyeball Networks, and he would a spend a year working with BlackBerry Canada at a time when  smartphones were gaining traction.

“A few years later, I decided I was young enough to build another company,” said Piche, who is originally from B.C. and began programming computers at age 11. His aptitude for mathematics would allow him to commence studies at the University of British Columbia at age 13.

“I thought about it for a while, and I decided that what happened in the phone business 10 years ago was about to happen in the camera business.”

He began to formulate the concept behind Smarter AI — a software company that would use its cameras like platforms for various applications much like smartphones became platforms for third-party apps.

Piche wanted to create a camera that could think for itself using AI-based software. His vision was for a camera that would be able to see and listen and understand events around it and alert users of any significant incidents.

With headquarters in Las Vegas, Nev., a new office in Geneva and a third location yet to be confirmed, Smarter AI serves commercial vehicle fleets for Amazon, FedEx and UPS as well as some government vehicle fleets. Its Canadian clientele includes Skyhawk Telematics and Telus.

Snowplough operators in Newfoundland have incorporated some of Smarter AI’s cameras and software to identify ice or snow-covered roads before deploying their salt-trucks to a city or urban area.

As of late, Smarter AI has been working to incorporate basic features into their cameras so that they come equipped with ready-to-use apps like the classification of people or vehicles.

Creating privacy compliant AI software has also taken priority at Piche’s company. They’ve incorporated privacy tools that enable cameras to collect information about road conditions while blurring out licence plate information before it is transmitted to the cloud or end user.

The team at Smarter AI plans to continue on this path to further develop its privacy tools to enable federated learning — the type of technology that allows users to train AI models at the edge, removing the need to store or retrieve data from the cloud.

“We see our role as a platform provider and not to take a position or make a judgement about the way regulations should or shouldn’t go,” said Piche. “Our role is to provide tools to our customers that enable them to comply with whatever regulations are in their part of the world, or to implement whatever kind of best practices they choose.”