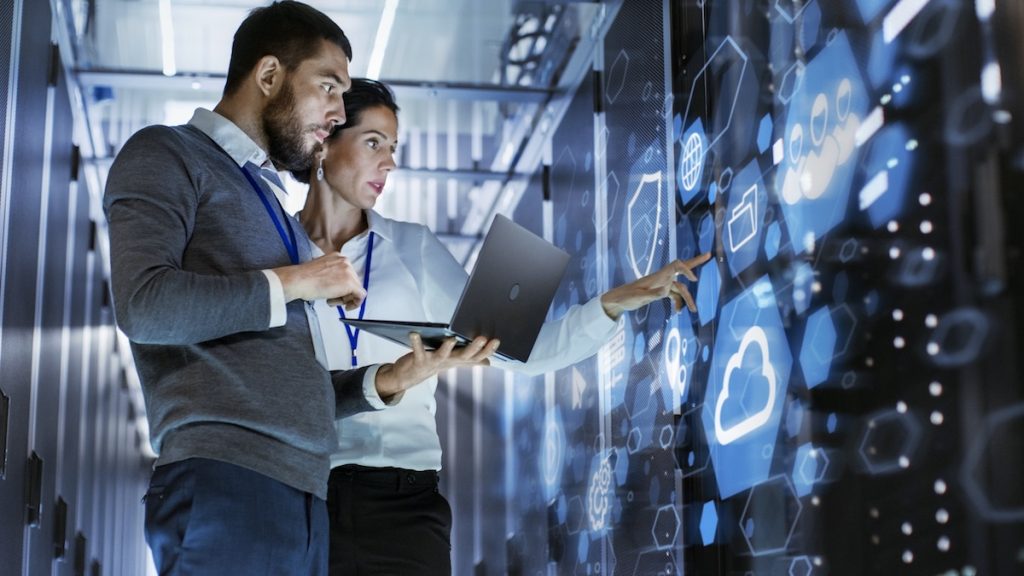 The demand for skilled technicians in the world of alarm services remains high, and so too does the difficulty in finding the right people with the right skillsets to replenish this side of the industry.

Professional recruiters like Stanley Owah of Classic Fire + Life Safety say that taking the time to engage with schools and educate students on the career possibilities of a particular field or trade can prove useful to attracting new talent to an industry.

In April, the company, which operates offices in Ontario and Manitoba, announced the successful recruitment of 60 new candidates.

Owah explained that even in an “in-demand” industry, recruitment still presents some challenges.

“When it comes to the job market nowadays, it’s a little bit tight. It’s uncertain. A lot of people are looking for job security,” says Owah. “We don’t know what the future brings.”

However, the company offers good employee benefits, and Owah says this fact alone has been instrumental in attracting new candidates.

Additionally, Classic Fire + Life Safety invests time in educating students or workers with some experience on how they can pursue a career in a particular trade as a way of simplifying this process for them.

Owah says that the company maintains this level of engagement with potential candidates even if it is not looking to fill new positions.

“I think a lot of candidates actually appreciate that, especially the skilled applicants.”

The value of engagement with students and graduates is not lost on the security industry. The Canadian Security Association (CANASA) has partnered with educational institutions in Ontario like Centennial and Conestoga colleges to provide a bridge between the needs of the security industry and new technicians as they move into the field of alarms or add alarm installation to their repertoire.

Leaders in this sector who have seen changes in the industry over decades applaud CANASA’s initiatives with post-secondary institutions.

At the same time, these veterans have not shied away from identifying potential reasons for the talent shortage, including advances in technology, the cost of doing business, changing attitudes towards work, and the way security careers are perceived generally by society.

Before diving into these factors, it is important to define the ideal applicant for a security/alarm technician who meets the needs of today’s clientele.

The modern alarm technician
A suitable candidate for this role possesses a strong IT background and enough comfort with a toolbox for the physical installation of an alarm system. This means they can run wires, drill holes, and leave the client with a fully operating system in minimal time, according to Stuart Armour, sales operations manager at Affordable Security Systems, based in Burnaby, B.C.

The ideal technician would also demonstrate the same level of efficiency behind a computer screen to program surveillance cameras, which is what present-day installation entails according to Don Connor, regional manager at Vipond Systems Group in Toronto.

The industry wants someone who is “IT savvy with a little bit of ‘I don’t mind getting dirty,’” in Connor’s words.

Armour says there is a rift between the skillsets required for this kind of work. There are people employed in the security sector who are comfortable with the physical aspect of installations but may lack the technical requirements of the role such as networking.

Shift to IP
Over the years, security technology has switched over to IP-based systems, which introduced an overlap of services from the telecommunications and IT sectors with those offered by the alarm and security industries.

Large telecommunications companies can afford to bundle their services to offset the cost of installations, making it difficult for smaller and medium-sized alarm companies to charge reasonably for this service, claims Armour.

“If you’re installing this stuff for free, it’s really hard to attract a technician at a good rate of pay because you’re not making any money on the work,” he says.

Armour also says this shift to digital is partly to blame for the talent gap among alarm systems technicians. As networking became integral to most alarm installations, it was not necessarily incorporated into the knowledge base of technicians entering the field.

Back to school
Jo Booth, senior manager at Centennial College’s Centre for Part-time and Online Learning in Toronto, says the college has built a relationship with CANASA spanning at least 10 years.

“The relationship began when CANASA was looking to transition their old, pretty basic courses into an online modality,” Booth explains.

The program allows learners eight weeks to complete the course material according to their own preferred schedule as many of them typically work 10- to 12-hour days. The course covers a range of topics including basic networking, system design, field wiring, power and grounding, wireless, safety, metering and false alarm management.

“In the last 18 months, we’ve updated the course and combined things to make it more friendly for the learner and make it more of an active experience,” says Booth.

Centennial’s course is not for absolute beginners. The college recommends this course for technicians who have previously installed at least three intrusion alarm systems. They must also possess a basic understanding of electronics and mathematics to qualify.

Booth says that their program enrollments currently average 15 to 20 students for every eight-week period.

Although the college hoped to launch the program in the spring of 2022, there was not enough enrollment to move ahead with the courses for the semester.

“I think a part of it is the timing. Not as many people are looking to take courses in the spring and summer,” says Brea Medeiros, manager of continuing education at Conestoga College. “But naturally, a lot of students are looking to come in the fall.”

Conestoga’s program is designed to prepare students for careers in surveillance and investigations, alarm product and distribution sales or as representatives for manufacturers. The college allows students a maximum of three years to complete all course material which includes systems integration, intrusion alarms and surveillance cameras and basic installation techniques.

Medeiros says the college has worked to market this program to high school students. She anticipates enrolment will increase once more people begin to understand the demand for alarm technicians as well as the different career routes that exist within this field.

“I think it’s a great opportunity for students, especially when we see the connection to the career field through CANASA’s support,” she said. “It’s almost like a little bit of a best kept secret right now.”

A shift in perception
Connor also believes that people outside of the industry may not have a very good grasp of how much career diversity exists within the security sector.

Much of the general public’s understanding of security work is restricted to guard services as they have the most public facing roles.

Furthermore, unflattering pop culture depictions of security guards and unrealistic portrayals of security systems in film and TV have not helped the industry’s image.

“I always like the one where the guy comes in with the spray kit and sprays over the security cameras so they can’t see,” says Connor.

Connor says he thinks the public doesn’t understand the complexity of the security industry nor the challenges and the interest it can generate.

He specifically notes changes in the area of CCTV within the last decade. According to a report from Market Research Future, the industry is projected to be worth more than $46.52 billion by 2030.

According to Armour, who also sits on CANASA’s National Board of Directors and National Executive Committee, the association provides at least one scholarship to each of the three or four colleges in each province that offer an education for the security industry.

He says that CANASA’s involvement with Ontario colleges like Conestoga and Centennial is a step in the right direction, and he anticipates the collaboration will prove fruitful given the province’s population.

“Within the next 10 years, if you have any type of technical skills, you’re going to be worth your weight in gold,” says Armour.