A new security service aims to be the connective tissue that puts central stations in touch with guard services with the ultimate goal of responding to alarms more quickly and making end users happier in the process. 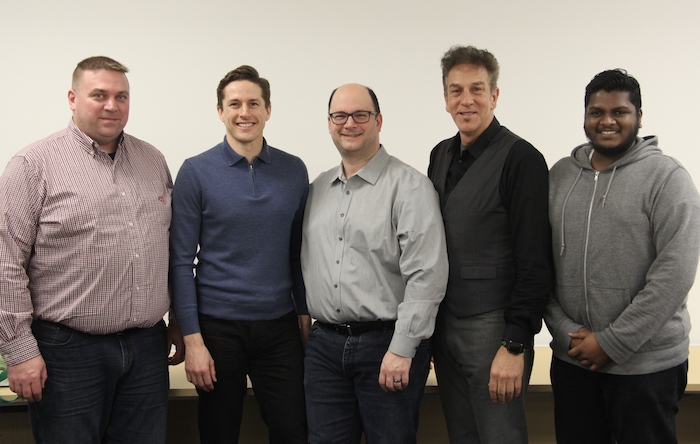 Toronto-based RSPNDR launched a pilot program for its service in 2017 and now works with two of Canada’s largest telcos as well as multiple monitoring companies, including API, Graham Alarm Monitoring, Global Link, Central Security BPG and Lanvac, according to the company’s management.

RSPNDR’s software is a cloud-based guard dispatching service that can be utilized by central stations as well as the guard companies that RSPNDR has partnered with.

When an intrusion alarm is set off and recognized by a monitoring station, the software locates the guards close enough to respond and sends out an alert received by an app on guards’ phones. When one guard responds, all other guard notifications are cancelled. The responding guard then attends the scene and files a report based on a series of criteria laid out in the RSPNDR app.

Any guard, regardless of which guard company he or she works for, could potentially respond to alarm as long as the guard works for a company that is currently partnered with RSPNDR and is in a close enough vicinity to the alarm to receive the app notification in the first place.

According to RSPNDR, everyone wins in this scenario. The monitoring station can dispatch more quickly; the responding guard companies collect revenue; both the station and the alarm dealer receive detailed reports from the guards; and the end user is assured of a swift response in the event of an alarm. The app will also track total response time (RSPNDR calls it Total Time for Service) in addition to written reports and photos. Video from a guard’s phone cannot be integrated yet, but that may be an option in the future.

“We’re trying to change the habits and provide a new bar for what we call customer experience and transparency,” said Frank Pietrobono, RSPNDR’s vice-president of sales.

“People love the fact that they know where the guard is, when he’s there. [When] the report goes live, they have it at their fingertips. We’ve had a few incidents where the dealer has been able to use that report right away and can share it with their customer. It’s different from what we’ve had for the last 25 to 30 years.”

This type of on-demand model has worked well in other industries — RSPNDR compares their service to similar innovations in the ride-sharing industry — and the company sees avenues outside of security and alarm response where their software could be a good fit.

According to the company, RSPNDR currently offers service in the Greater Toronto Area, lower mainland B.C., Montreal and Ottawa with more Canadian cities coming on board. RSPNDR also has plans to expand into the U.S. later this year.