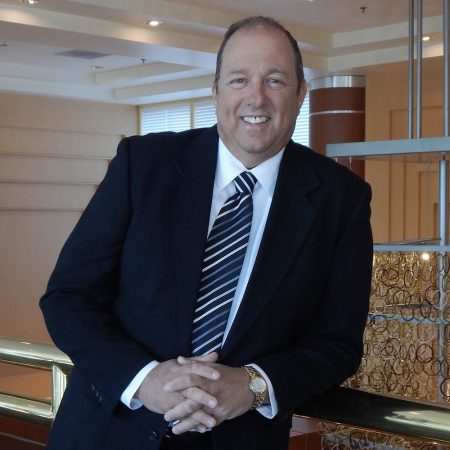 Earlier this week, I learned the news of the passing of Bob Harris, the founder of Attrition Busters, a security industry veteran, and a good friend of mine and SP&T News.

Bob passed away in a hospital near his Los Angeles, Calif., home on Dec. 7, after battling complications caused by COVID-19 for more than a month. He was 61.

For those of you who didn’t have the honour and pleasure of meeting Bob, he was a larger than life figure in the security industry. He was a mentor to many, and a regular speaker and presenter at industry events for decades.

I first met Bob in 2014 when, Richard Hahn, another good friend of mine from the security industry, arranged a dinner meeting for the three of us at The Mirage hotel while attending ISC West in Las Vegas. From the moment I met Bob, I realized he can capture a room with his energy, his laughter and his innate ability to get to know someone by simply listening to them.

Maybe this is why Bob launched Attribution Busters back in 2003, and became one of the foremost sales trainers and coaches for the alarm and security industry. It is often said that the most successful sales people are the ones who listen more, and talk less! Although Bob liked to talk too.

From large product manufacturers to small and regional alarm companies, Bob was often asked to speak to sales staff and teach them about differentiating themselves from their competition. Some of Bob’s common themes in his coaching sessions included: Value Propositions that Sizzle, Creating Your Own Economy, Battling the Cable Companies, Combating Door Knockers and Summer Sell Offs, and Selling Against the Lowest Price, just to name a few.

His expertise in helping alarm and security companies with their recurring revenue models, customer retention strategies and practical business solutions led SP&T to collaborate with Bob on a video series a few years back that we entitled Selling Points.

I had the pleasure of shooting these videos with Bob down at ISC West, and it was amazing to see him in action. I would ask him one question and he would share his knowledge, insights and advice with ease — often in one take.

Since that dinner back in 2014, an ISC West didn’t go by that Bob and I met over dinner or lunch to talk security, share stories about our families and discuss one of our other shared interests: baseball. Bob would love to talk about his beloved L.A. Dodgers and me about my hometown Toronto Blue Jays.

I remember the time in 2019, when SP&T invited him to be the keynote speaker at our annual Security Summer Canada conference. Bob did a great job educating our attendees on everything sales and marketing, the importance of understanding attrition and how to upsell residential alarm clients.

The day after his presentation, I spent the day with Bob showing him the sights and sounds of Toronto. Our first stop was the Rogers Centre, the home of the Blue Jays, where he stepped out of the car and couldn’t stop taking pictures of the domed-stadium. Next up was the Scotiabank Arena, to see where the 2019 NBA Champions, the Toronto Raptors, played their home games. In fact, it was the night before my little sightseeing tour with Bob that hundreds of thousands of Raptors fans packed the streets of Toronto, including Maple Leaf Square, to celebrate the Raptors first NBA championship.

My day with Bob ended at a local delicatessen in my Toronto neighbourhood, where the two of us enjoyed smoked-meat sandwiches, some good Kosher dill pickles and Matzah Ball soups, all while partaking in some friendly chatter about everything from Dodger Stadium to being a beloved and doting father.

Over my 21 years in the security industry, I have had the pleasure to meet and get to know hundreds and hundreds of people. For me, Bob was a unique, special soul who became a trusted friend and someone I could turn to when I needed some clarity and perspective on the alarm and security business. He was always honest, engaging and positive. I will miss those chats with Bob, especially the next time I attend ISC West.

Bob is survived by his mother, Elsie; wife, Marilou; his children, Michelle and Michael. May his memory be a blessing.

A GoFundMe page has been set up to collect donations for the family.