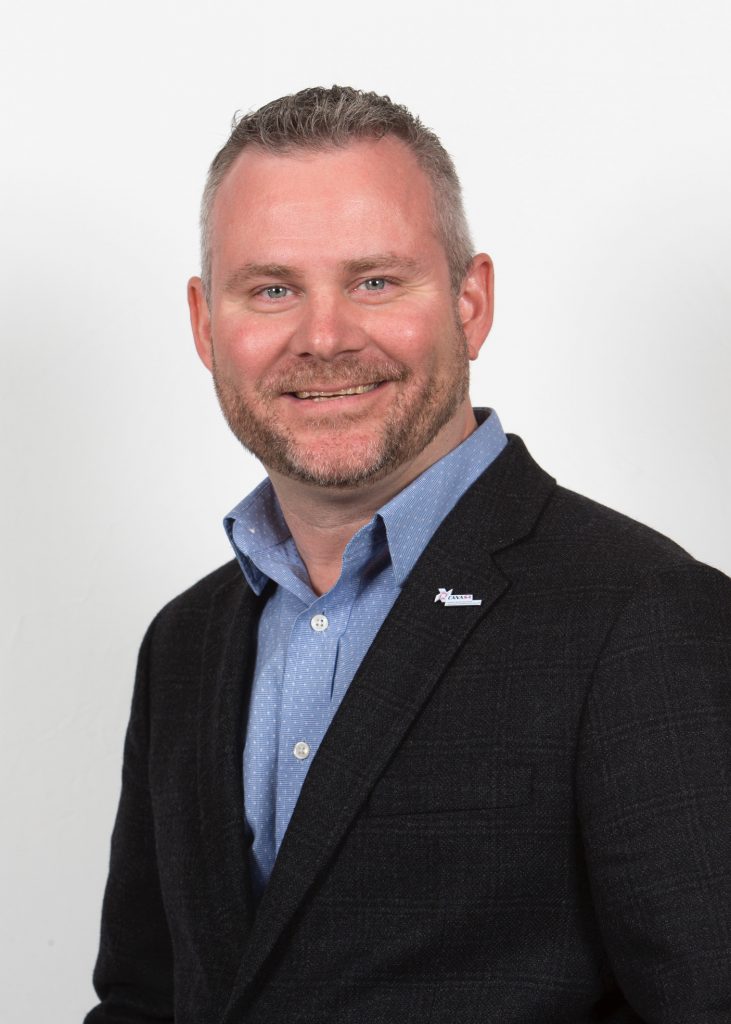 Gordon Hebb has more than two decades of security industry experience under his belt.

He has been a member of the Canadian Security Association (CANASA) for almost as long, participating at a regional level in Atlantic Canada since 2001 and also on the national stage as a member of CANASA’s board.

At CANASA’s AGM in April, part of the organization’s trade show event in Laval, Que., Hebb was voted in as national president and recently began a two-year term.

SP&T News spoke to Hebb via email to learn more about his plans for CANASA as president.

SP&T News: What is your day-to-day role in security?

Gordon Hebb: I joined Wilsons Security as vice-president of sales in 2017 following a successful 20-year career in distribution. I began my career with SSI 2000 / Burtek fresh out of Electronic Engineering School, and then with Tri-ed / Anixter as the regional manager of Atlantic Canada. Wilsons Security is a Nova Scotia based security integration firm with four offices covering Atlantic Canada. Employing a dynamic team of 75 full-time employees, we focus on security solutions including access control, video surveillance, alarm and life safety systems for a wide variety of government, commercial, institutional and residential clients across Canada.

SP&T:  How long have you been involved in the security industry?

GH: I have been involved in the security industry for over 20 years. I have held almost every position that the industry has to offer from the ground floor up.

When I started, we still used VHS tapes. I even remember selling and supporting the first DVR in Canada for our company. Now I can get video clips generated by video analytics of my kids coming home from school direct to my phone in real time.

SP&T: How long have you been involved with CANASA and what were your previous roles?

GH: I have been involved with the Atlantic Canada Regional Council since 2001 and with the National Board since 2009.

I have held several seats over my time with CANASA on both the Atlantic Regional Council and National Board, including president and vice-president of both; representative of the Atlantic region, vendor community and the security community at large at the national level.

I have also been actively engaged with the scholarship program as a representative for the Atlantic region; assisting with the expansion of the program to up and coming security professionals enrolled in security programs in British Columbia, Nova Scotia and Quebec.  This program has grown since its inception in 2015 and we continue to explore opportunities to give back and bring recognition to the industry.

SP&T: How does the role of president function within the organization?

GH: The president of the National Board guides the organization toward its long-term goals through working with the many committees and regional councils to ensure that their programs support the continued growth of the security industry across Canada.

Ultimately responsible for the forward progress of the organization, the national president oversees all initiatives, soliciting expertise and insight inside and outside the organization. Alongside the executive director, the president is also the go-to person for media engagement.

SP&T: What is the value of an organization like CANASA to Canadian security businesses and how will you engage them?

GH: Membership with CANASA means that you are a part of an organization that will not only contribute to the success of your business, but to the future of the security industry. We provide our members with the tools and services they need to succeed in today’s changing market.

Please visit www.canasa.org for details on these membership benefits such as an affinity program, discounts on the Alarm Technician Course, free contract templates, monitoring station resources, a false alarm by-law repository, and plenty of networking and tradeshow opportunities.

Members in Quebec also benefit from competitive pricing on RBQ and BSP bonds.

In addition to the benefits, CANASA member organizations are recognized by consumers as highly skilled, trustworthy and competent professionals.

Together, we are shaping the security industry. Some of our many initiatives to create positive change include lobbying for better regulations and promoting proper industry standards, which allows our members to stand out from their competition.

SP&T: What is CANASA doing well today, and what areas do you think still need improvement or updating?

GH: Over the last few years, CANASA has made great strides in improving relationships with Authorities Having Jurisdiction (AHJs), including police, fire and emergency services departments both nationally and locally.

In several regions, we’ve been consulted on changes to bylaws, verified alarm response and asked to lend our expertise on an advisory level by a number of municipalities. Members and leaders of the AHJ community have participated as attendees, keynote speakers and exhibitors at several of our events. In Q4 2019 our executive director, Patrick Straw, was invited to join an exclusive committee of Civilian Liaisons for the Canadian Association of Chiefs of Police (CACP). With these great strides we recognize that there is an opportunity to continue to improve on disseminating knowledge to the end user and to our communities. The association focuses on education and professional standards and we welcome discussion and feedback from all our peers in the security industry as well as AHJ professionals, our community members and security consumers on these matters.

SP&T: Is there one goal you’d like to accomplish by the end of your two-year term?

GH: My goal is to create awareness to all the members and non-members of CANASA on the key benefits you receive by being a part of this amazing organization. Being involved with CANASA is my way of giving back to the industry that has given me so much. I want to engage everyone in the industry to find a way to give back and get involved. The first step, in my opinion, is to become a CANASA member today.

This story appeared in the June/July 2019 edition of SP&T News Magazine.