Bill Maginas has joined Tyco Integrated Fire and Security at a particularly interesting time in its history. 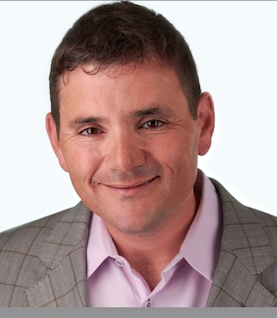 Maginas was appointed president of Tyco IFS, the company’s Canadian arm, just over two months ago, and is now part of the post-merger process with its new parent Johnson Controls.

The merger was first announced on Jan. 25 and was completed the first week of September. Some of the details of what the joint operation will look like have not been revealed, and it may take some time before the two organizations are fully integrated, but senior managers are pleased with the early results. At a briefing held at the JCI booth on the ASIS International exhibition floor this week, company leaders Bill Jackson, president of building efficiency, and Brian Young, SVP, global enterprise sales, said the back-end integration process is going faster than expected, and the two sides are already exploring cross-selling opportunities.

Maginas came to Tyco from Honeywell. Hired by the company after completing his MBA, he stayed with Honeywell for 17 years. While Honeywell has essentially been his sole employer up till now, he occupied a variety of senior positions there, including building solutions, sales management and operational roles across Canada, the U.S., as well as overseas.

Now back in Canada as president of Tyco IFS, Maginas is eager to take advantage of new opportunities. While the synergies between security, fire and HVAC may be self-evident, it’s not enough to just put a portfolio together and hope for the best, he says.

“Just jamming the companies together isn’t what’s going to be the value proposition,” he says. “It’s the actual value we create by having all three systems (fire, security, HVAC).”

Creating that value for the end user means helping them get to a point where they can benefit operationally. For building management companies, it’s not just a matter of joining the dots. Maginas says he’s had conversations with customers where their main goal is to simply have systems that work effectively — integrating them such that they communicate may be an afterthought in some cases.

Parts of Asia and Europe may actually be much further ahead in their thinking on this, says Maginas, but his experience in building systems tells him that innovation is coming. He likens new buildings to new computers — ideally they should be able to operate effectively out of the box, and can then be customized by the end user.

“Why don’t we start thinking about building a [structure] that when you come into it, it’s kind of like that computer you buy from the store. It’s got an operational system that’s there, and as you become a tenant you plug things in that you need. Those are the things that I think we’ve got to get to,” he says.

“Having somebody understand the customer’s pain points [which] varies by vertical market, and then sell the solution based on those pain points, that’s the only way you get to integration,” adds Peter Redfern, Commercial Sales Leader, Tyco IFS.

According to Redfern, the cross-selling opportunities between JCI and Tyco were immediately apparent to both parties as soon as the merger closed. “Literally on Day 1, we already had teams collaborating,” he says. “People were really excited about this in local markets. We have probably seven or eight opportunities in Canada that they’re collaborating on after two days.”

Maginas says he’s eager to get out into the field and address the opportunities with customers directly.

“I grew up in this business, so I know the industry. I don’t know the back office culture or the functional culture yet. But buildings aren’t new to me,” he says. “I always say, try to win the right customer and then we can serve them forever.”