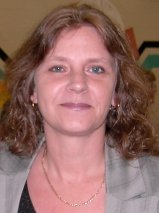 Nicole Hurak had been an operator at Security Response Center, in Sarnia, Ont. for just over a year, when she made a call that helped save three lives.

On Dec 7, 2008, Douglas Sabine, 28, and his two friends had returned to
his parents’ house in Oakville, Ont. after a night at a local bar. His
friends went to bed right away, while he stayed up playing video games.

His parents Susan and John were at their lake house for the weekend,
about two hours away, with their two dogs and Douglas’ sister.

At about 4:30 a.m. the phone rang. “I don’t usually answer the phone at
my parents house, but since it was 4:30 in the morning, I ran upstairs
to the kitchen to answer it,” says Douglas.

Hurak was on the other end of the line, “we just received a fire alarm,
is everything okay?” she asked. Douglas didn’t notice anything
suspicious but put Hurak on hold to go check.

“Normally, we let them go check and tell them to call us back, but this
time I stayed on the phone; I just had a feeling,” 43-year-old Hurak
recalls.

Seconds after Douglas went to check the furnace room the phone went dead.

“The entire furnace room was full of smoke,” Douglas says. “I didn’t
realize that anything was wrong before she called, I even ran right by
the furnace room to answer the phone.”

When he saw the smoke, Douglas hung up the phone and woke up his friends, then he called his parents and the fire department.

“It made me nervous when the phone went dead,” Hurak says. She called
back and got a busy signal. Hurak says she stayed calm and proceeded as
she had been trained to respond. After receiving no answer from anyone
on the call list provided to the call centre by the Sabine family, she
dispatched the fire department.

After his friends were safely outside, Douglas thought he could put the fire out.

“It looked like it was contained in the furnace room, so I went back to
try and put out the fire with an extinguisher. Within seconds the room
was engulfed in flames and I couldn’t breathe, I couldn’t see and I had
to crawl back up the stairs,” Douglas recalls, “If it was someone
younger or much older than me, they probably would have been stuck down
there.”

Two minutes after the phone call from Hurak, one of Douglas’ friends
suggested he should move his Jeep to make it easier for the fire
department when they arrived. When he went back into the house to get
his car keys, the entire house was filled with smoke.

About five minutes after Hurak made the call to the Sabine residence,
the first set of firefighters entered the house. “They went in
unprepared, and were called out immediately,” says Douglas. As soon as
the firefighters exited the house the windows shattered and the roof
caved in.

The Oakville fire department decided to let the Sabine residence burn
so they could focus on evacuating the neighbours. Susan said it was a
very windy night, and the fire department didn’t want the fire to
spread, so instead of focusing on putting the fire out they focused on
containing it. A city bus was called to the scene to provide a safe
place for neighbours to wait.

While Douglas sat on the bus with his friends watching his parents’ house in flames, Susan and John Sabine were on their way home. The night got worse for
the couple as they began their journey in the middle of a snowstorm. A
drive that usually takes two hours ended up taking Susan and John seven
and a half hours. They arrived in Oakville at about 1:30 p.m.

“You never think things like this are going to happen to you,” Susan says adding that she is grateful that everyone was okay.

“I would definitely recommend that people get a monitored fire alarm,” Susan says, “it’s so important.”

The monitored fire alarm in the Sabine residence was a Honeywell system installed by Burlington, Ont.-based Roger’s Security Systems.

This is the first time an award has been presented to one of the call centre dispatchers from Roger’s Security Systems.

Both Douglas and Susan Sabine attended the award ceremony, where Hurak
was presented with a dozen red roses from the family. “Without that
phone call my son might not be here today,” she says.

Hurak offers this advice to other call centre operators, “a lot of the
time it’s a false alarm; people are barbequing or cooking, but you
can’t always think it’s someone burning toast,” she says.

She reminds operators to follow the list of phone numbers and
directions as quickly as they can because there’s only a certain amount
of time to respond if there is a real fire.

The home suffered more than half a million dollars worth of damage and
was not re-built. The cause of the fire was never determined.

In the 15 years that Roger’s Security Systems has been in business this
is the first time they have seen a fire like this, says Barnes.

The Sabine family has learned to take everything one day at a time. The
important thing for the Sabines is that their family is still together.
“We lost our house, but on Christmas morning he [Douglas] was still
with us,” says Susan.