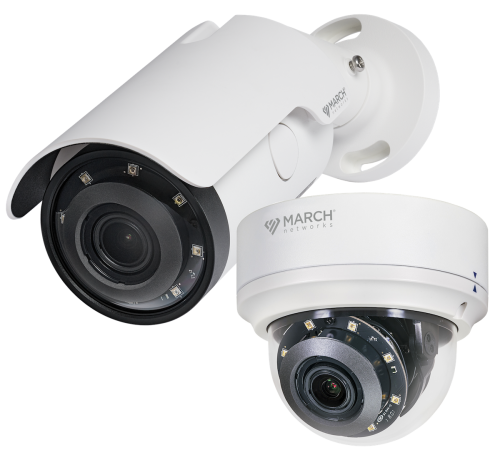 March Networks has announced the addition of the ME8 Series IP Cameras to its line of products powered by Artificial Intelligence.

The surveillance technology company has incorporated system-on-chip technology from Ambarella. The ME8 Series IP Cameras use deep neural network processing power to  detect both people and vehicles. This built-in intelligence is combined with security analytics and 4K ultra high-definition resolution for real-time detection of events.

“The addition of the ME8 Series cameras aligns with our plan to offer customers a fully AI-enabled product line,” said Net Payne, chief sales & marketing officer, March Networks in a statement. He noted the company currently also offers 6MP AI-enabled cameras and its X-Series Hybrid Recorders. The ME8 Series also add to the company’s cloud services portfolio.

“The AI-models in these cameras allow for a level of accuracy in detecting people and vehicles that can help to resolve security incidents that much quicker. Because of this accuracy, false alarms are greatly reduced.”

March Networks says this built-in video intelligence can help customers improve their response times concerning incidents such as building or zone intrusions, the abandonment of suspicious objects, and loitering and perimeter breaches by people and vehicles.