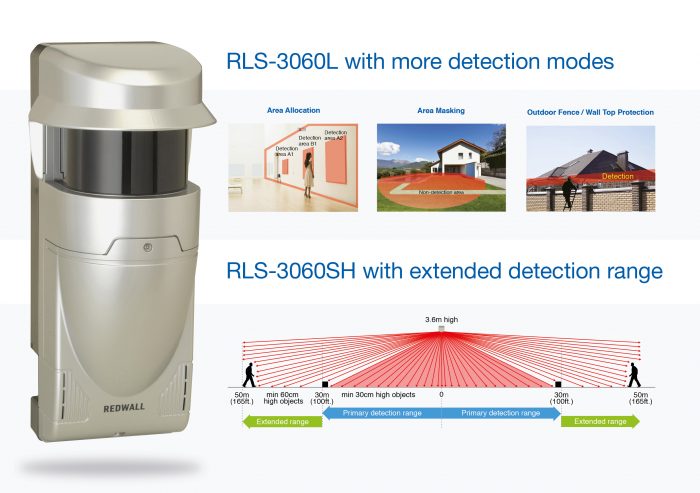 OPTEX has developed new versions of its product firmware and configuration software for its laser sensor, REDSCAN RLS-3060 series, that brings greater functionality to the existing models. Version 8.0 of the RLS-3060 series firmware and REDSCAN Manager feature a number of upgrades for the long-range, 190 degrees 2D LiDAR series. Both models, the RLS-3060L and RLS 3060SH will offer more flexibility in managing dry contacts with the option to switch from normally open (N.O) to normally closed (N.C). The new version brings features to the standard model 30m radius RLS-3060L that were only available in the high-end model previously. Four detection areas can now be independently adjusted on an analogue connection; and up to eight areas can be adjusted on an IP connection. The shape of the detection area can also be customized to the layout of the site. An Area Allocation or Masking function will enable users to precisely define a number of independent detection zones.