News
It’s the people who make shows a success

The tradeshow season is well under way and from what I can tell attendance appears to be up. Following the ISC West show in Las Vegas organizers reported a 10 per cent increase in attendance this year. 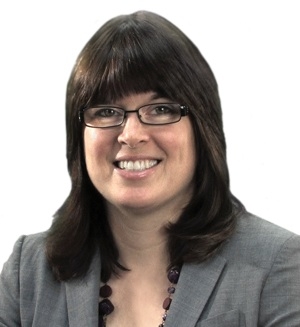 The consensus was that more Canadians attended, in part thanks to the strong Loonie and travel deals to Vegas.
In fact over 10 per cent of the attendance at ISC West was international, with security professionals from Canada representing the largest amount of participation, followed by Mexico, Brazil, Korea and Australia.

So while the strong dollar and lure of a trip to Vegas may have been behind the spike in attendance at ISC West, the feeling is that activity and interest in the industry is also spiking. So much for the detractors who suggest the tradeshow model is dying. Representatives of some of the larger companies said the leads they were getting were stronger than in the past with more serious tire-kickers stopping by to ask questions.

From what I’ve seen interest in attending shows and seminars remains strong.

Three days after arriving home from ISC West I attended distributor A.P.A’s first Roadshow in Calgary. Size-wise shows like this one are on the opposite end of the spectrum from ISC but they serve to achieve the same thing — educate and inform the industry and build business for those in the market.

For A.P.A it was a chance to provide its customers something they may not typically have access to with a day full of seminars from vendors in addition to the tradeshow featuring representation from CANASA and ASIS. It was also a means to thank them for their business. A wide-variety of people attended the A.P.A. show including dealers, installers and locksmiths from as far as Rocky Mountain House. There were also representatives from the City of Calgary corporate security and two members of the RCMP indicating end users are also interested in what’s happening at these shows.

And while word has it that fewer companies are choosing to exhibit at ISC East and ASIS International, there seems to be an argument that members of the industry can fit in one or two big shows a year along with some smaller regional offerings. Certainly the distributors and manufacturers seem to be adding to their roster of shows, as we see from our growing list of events in our online calendar. 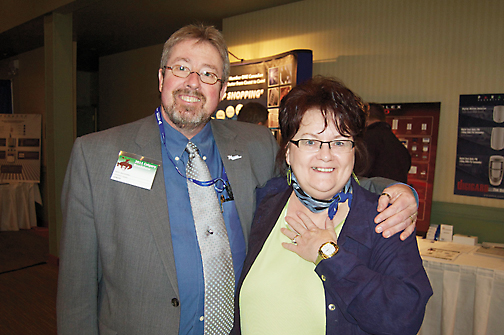 Big or small, the success of these shows often depends on the people behind them. People like Steve Basnett at the Canadian Security Association, Susie Wang who works behind the scenes at Anixter events, Beth Blake at ISC and so many others. It’s hard work to get people to convince people to leave their jobs in the middle of the day to attend a show even for an hour or two. For a small show like A.P.A’s, Luc Provost and Lynn Dry were the ones who worked hard to get their customers out on April 12. Dry, who has been in this business for 30 years is still passionate about this business and the people in it. She is the branch manager in Calgary and started with Cansec Electronics in 1983. She later opened a branch for Burtek Systems. She has a real love for many people in this industry.

“We’ve been through births, deaths and gone to funerals together,” Dry told me.

Dry, together with Provost, was the organizational powerhouse behind this 30-booth show at the Blackfoot Inn. Lynn had forgot her camera and asked if I would take a photo of her with “an old friend”. It turns out Lynn has quite a few old friends as I took more than 20 photos of Lynn with her customers. They all happily obliged. Her personal touch was visible all over the show.

“I would do anything for my customers,” says Dry, and I believe her.

So while we may often wonder if virtual trade shows will replace the current model I think big or small, they are places to build relationships and become engaged with the industry you represent. At the end of the day, people drive business.