News
Is the iPad ready for the CCTV market? 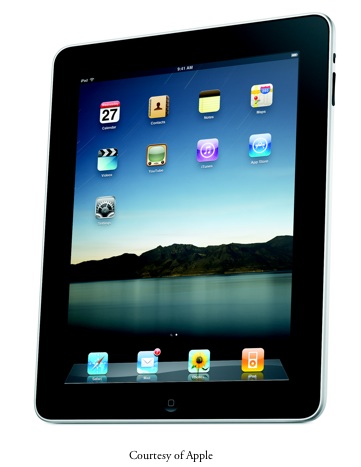 Tech geeks around the globe rejoiced when Apple’s iPad was released about six months ago. Many in the security industry say the device can help security people in the field reduce their reliance on heavy laptops and video monitoring desks in backrooms.

People who use the iPad love it immediately, but it’s hard to communicate the experience, says Alex Bratton, CEO at Lextech Labs, a mobile video provider based in Lisle, Ill.
“The biggest challenge is that until people use it, they don’t understand the value of the size — and that’s everyone, not just security folks. The iPad is a great crossover device in-between the smartphone and laptop – it’s portable but has enough screen to do real things.”

Beyond size, an advantage the iPad has over smartphones for video is clarity, says Robert Moore, Mississauga-based country manager for Axis Communications. “It uses HD-TV, so you can see a whole bank of video clearly — on an iPhone, they’re tiny.”

But it’s not a replacement for laptops, he adds. “It has its own niche because you can load media quickly. It can provide law enforcement, compliance and loss prevention (LP) managers with a light tool to pull up video from their video management systems from anywhere in the world.”

Nor can the iPad be compared to tablet PCs. A key feature that speeds up the iPad tremendously is that it runs on phone-based operating systems instead of Microsoft, which is infamous for its long-winded boot-up, says JF Champagne, executive director of the Canadian Security Association (CANASA).

“It’s instantly on with no boot time, unlike most traditional tablets. The iPad and the upcoming Android tablet are the only two devices today in that class — but competitors will likely be coming out with more iPad-like tablet devices over the next year.”

Lextech Labs offers its iRaC3 product line for mobile video viewing for iPads, smartphones and virtually any device, says Bratton. “We saw an underserved market for the folks who actually use video and put functionality in the hands of non-geeks.”

Bratton says the solution provides an interface for complete situational awareness. “Instead of being stuck in a control centre, security folks can now move around. We can display a whole video wall on an iPad so they can look at 20 videos simultaneously, then flip to the next 20. You just tap on one to bring up a full screen if you want to see more detail.”

Based on feedback from government agencies and first responders, he says many managers say they want an alternative to lugging laptops around to do their work. “Many users involved in event management and LP don’t really need the super-advanced functions of a laptop and want a lighter mobile solution to view video, and more importantly, to playback recorded video in their investigations.”

However, for a large percentage of users, a smartphone is enough for quick viewing on the fly; the iPad is for users who need to do more, he adds.

LP managers, for example, can typically only look at recorded video after the fact. But now they can walk around the store with an unobtrusive iPad to keep an eye on things in real-time. “If they see something suspicious, they can go back and review video from multiple camera angles to understand what’s going on. Until now, they could only do this kind of standoff video surveillance of someone in the act from the backroom. Now they can do it from two aisles away. Be it LP or law enforcement doing covert surveillance for a drug bust, the function is the same.”

Bratton says Lextech is also focused on helping security teams work more efficiently together. Incident management at an event with a team of 10 people can be better co-ordinated with mobile video.

“All the staff will have a consistent understanding if they’re all looking at the same video. So if there’s an incident and some team members say, ‘What just happened? I missed that,’ they can pull up the video and rewind it, see the suspect, grab a snapshot of him and shoot it to the rest of the team to alert them.”

Also, security people doing covert surveillance can more easily blend into a crowd if they’re walking around with iPads or iPhones, he adds. “They just look like someone who’s watching a movie. It attracts less attention than a laptop.”

He says Lextech is working with a federal agency which is replacing laptops for its agents, as fumbling with them in cars to view video was slowing them down. The agency’s laptops were due for a hardware and software upgrade, but they’re opting for iPads instead.

“An iPad is about $500 compared with $1,500 for a high-end laptop that can do video well. They’ve calculated the ROI is about three months to switch to iPads.”

Two large retailers are also testing mobile video on iPads, not just for LP but for senior management, he adds. “This functionality is also appealing to upper levels of management for oversight. They can quickly look at video feeds from all their stores to see what’s happening and which ones are busy to help them with logistics, resource and other planning.”

While mobile video on iPads opens new possibilities, the rest of the security industry hasn’t caught up yet.

“It won’t replace a security guard in front of monitors at a desk, but it compliments that function – it changes how, when and where you use that guard,” says Champagne.

These are still early days. Video management systems providers and integrators have yet to write applications to take full advantage of the iPad, which is itself a first-generation model that lacks needed functionality, says Moore. “Data input needs to be simplified on the iPad. The keyboard doesn’t have function keys and other keys found on laptops. It’s hard to do menu functions on a touchscreen.”

Nor does it have built-in camera or bar code scanning functions, he adds. “Some installers use tablets with a stylus and bar code scanner to write their orders on-site or track inventory, but the iPad isn’t suitable yet. Next-generation iPads will have cameras and more functionality.”

Once the iPad and the security industry catches up, more security management can be added beyond video to create a universal mobile remote control for other areas, says Champagne. “It could be used to display and manage access control and intrusion detection systems, to visualize floor plans and check the status of other security systems.”

But today, the iPad is still a consumer product and not designed for enterprise use, he warns. “It’s not built for the requirements of a highly secure enterprise network environment, although Apple and other manufacturers will likely add enhancements.”

Research in Motion, which has a reputation for building secure BlackBerries suitable for enterprise use, has already revealed its answer to the iPad, the PlayBook, which will be released in 2011.

However, Bratton disagrees with Champagne’s view. “Wireless security is about the plumbing that connects the iPad to the back end. It’s just another network device like a laptop or video camera – it’s not inherently secure or insecure. It’s ready for operational use if the network is designed properly.”

This emerging area shows enormous promise, but it’s still in its infancy, so security people should stay on top of developments, says Champagne. “Anyone in the field responsible for these devices – security managers, installers, technicians and so on – should get an iPad. My recommendation is, don’t get one for your business, buy one for yourself and play with is so you get familiar with it, so when more options become available later, it won’t be foreign technology.”