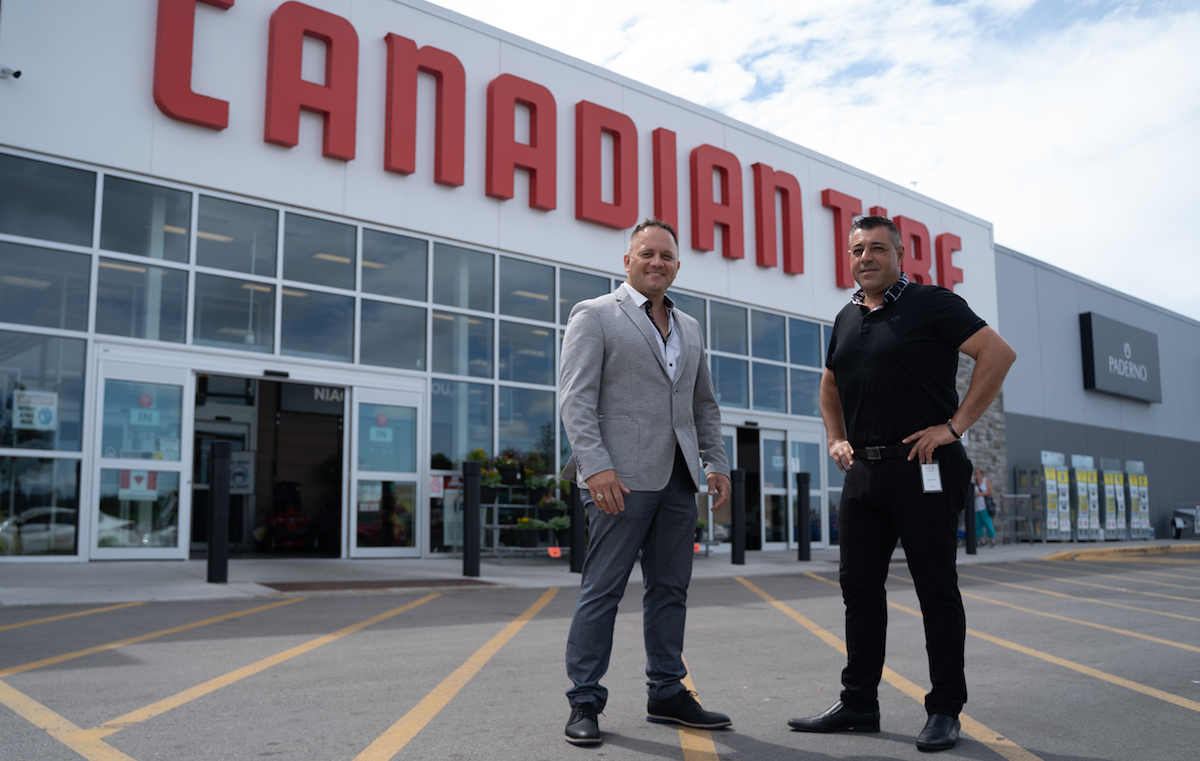 For someone who got into the security integration business almost by accident, Anthony Stayrer has built a successful company, complete with accolades and customer testimonials.

On the A.S. Security & Surveillance website, immediately under the company’s name and logo, is a link to a long list of its regional awards and accomplishments. Under a separate tab is another page filled with dozens of satisfied customer comments.

The company recently added to its accomplishments, named as the recipient of SP&T News’ Integrator of the Year 2021 award, sponsored by WESCO-Anixter. A.S. Security was selected for the award based on a surveillance project it completed for a Canadian Tire store location in Niagara Falls, Ont.

Start in security
The Stayrer family emigrated from Eastern Europe in 1993 and settled in the Hamilton, Ont., area.

Stayrer’s father owns a construction business; his mother owns a travel agency. Clients from both businesses would occasionally ask for security advice, says Stayrer, since several family members have a background in intelligence and law enforcement.

“We said, ‘Alright, let’s give this a shot,’” says Stayrer, whose first unofficial client, prior to his company’s incorporation in 2008, was a Catholic church in Hamilton.

Based on that experience, Stayrer says the next logical step was to commit to security full-time. Other religious institutions followed over the next few months: an Islamic mosque and a Hindu temple, also in Hamilton.

The company used the proceeds from those projects to buy more equipment and reinvest in the business.

Several other family members are also part of the A.S. Security business, including Stayrer’s father, brother, uncles and cousins.

Stayrer says he saw a gap in the market for a security provider in the Hamilton region and pressed his advantage, expanding his service area into the Niagara and Halton regions, then Burlington.

The company joined local chambers of commerce, as well as other regional organizations to spread the word and build a client base. Stayrer also created a 14-page book as a promotional tool.

“Instead of dropping off a flyer, we would drop off a book — to tell a story about our family, our history, our awards… You were able to get an inside view of our family, our business but also our vision,” says Stayrer.

The business also poured money into local advertising, marketing itself on billboards, buses and bus stops.

As the company grew, it started making connections with large retailers. When Stayrer heard that a new Canadian Tire location was opening in the Niagara region, he knew he wanted to be a part of it. “We immediately felt it was a perfect match,” he says.

We are the installers
Stayrer says the company was at a disadvantage, since A.S. Security wasn’t a pre-approved vendor for Canadian Tire, but he was able to connect with location’s dealer/owner Paul Medeiros for a meeting. (Canadian Tire operates on a franchise model, with a network of more than 510 dealers across the country.)

Stayrer says A.S. Security made a positive impact, but not with a slick marketing presentation. Stayrer and his team arrived directly from another install location.

“We didn’t come dressed in suits like professionals with shiny shoes — we are the installers,” he says.

Stayrer says they made an impression with their approach, industry knowledge and candor.

Medeiros had also done his homework. An award-winning Canadian Tire dealer with decades of experience, he is well-versed in store operations as well as the security systems required for retail. He also sits on a Canadian Tire committee responsible for overseeing some of their new builds.

Two smaller Canadian Tire locations in Niagara Falls were closed to make way for a massive new location with a 180,000 sq.ft. footprint — the largest Canadian Tire store in the province.

Medeiros consulted with Canadian Tire’s security department before embarking on the project. “A.S. Security came out as one of the top companies for providing great customer service,” says Medeiros. “Tony knew the industry inside and out. He’s well versed on all the cameras and what’s out there.”

Given the green light, Stayrer and company got to work. Stayrer first met with Medeiros in September 2019. Several months passed before A.S. Security and other trades and service providers were able to access the building while the previous tenant moved out.

A.S. Security started the job on Dec. 2 and had to be finished by the end of February.

But Stayrer’s team only had access at certain times, based on a timetable of different tradespeople on site. Stayrer estimates there were as many as 65 people working at the location at its busiest, with 80 booms and scissor lifts in use across the property.

For a comprehensive surveillance system, Stayrer recommended to Medeiros they deploy Axis Communications equipment throughout the store.

“We’ve seen Axis cameras in the most secure locations on the planet,” explains Stayrer. A.S. Security contacted Axis headquarters in Sweden via their Mississauga, Ont., office to ensure that Canadian Tire had the most up-to-date surveillance equipment the company has available.

“I sat down with Tony and we went over the entire floorplan,” says Medeiros. “He listened to how I like to operate my business and recommended an optimal camera solution and surveillance system for my store.”

A December install brought with it the typical challenges of a Canadian winter, but this didn’t faze the A.S. Security crew.

A.S. Security had 16 team members on site during the install, divided into teams of four with Stayrer serving as the project manager. The teams held three on-site meetings a day to discuss any issues or problems and how to address them.

Stayrer says he was constantly on the phone with distributors and suppliers, ordering more equipment. The tight timelines also meant that the company had to bring more resources to the project.

Stayrer hired additional installers and bought two new trucks in the space of a few days to make sure they stayed on schedule.

“We’ll do whatever it takes to complete a job, so that’s exactly what we did,” says Stayrer.

“We don’t like normal. We don’t like average. We find it very boring. We did everything we could to complete this project and also to bring in the best possible equipment. It’s not just getting a catalogue and ordering Axis cameras.”

Future proof
In addition to a modern surveillance system, Medeiros says he also benefits from some of the retail-specific functionality provided by the new Axis technology. The system can track customer dwell time — how long a customer lingers in a specific location — which will trigger notifications to Canadian Tire team members that extra assistance may be required. It will also count the number of customers in the store at any given time, which has been useful for managing occupancy limits during the pandemic.

Medeiros says that all the technology the location uses, from electronic shelf labels to e-commerce, is the latest and greatest. The store has become a retail showcase, he says, drawing attention from a variety of interested visitors, including other Canadian Tire owners.

“I’m proud of what we accomplished,” he says. “We built a state of the art store, not just for today but for tomorrow.”

The fact that the project was finished on time and to the customer’s satisfaction is a testament to the diligence of A.S. Security’s staff, says Stayrer.

The Canadian Tire project was finished before the pandemic had a chance to affect installs, but Stayrer says it’s basically been business as usual for A.S. Security for the last 18 months.
Unlike some companies, A.S. Security has actually grown during this time with no shortage of new projects on the horizon. The bigger the job, the better, according to Stayrer, who says he’s always willing to stretch to meet a client’s goals.

The company continues its relationship with Canadian Tire with monthly service visits, evaluating each piece of security hardware and software, and providing a report of equipment that requires updating or replacement. Anything found faulty is replaced on the spot.

“I think that’s what sets Tony apart,” says Medeiros. “His adaptability, his ability to communicate with the customer, and the trust.”