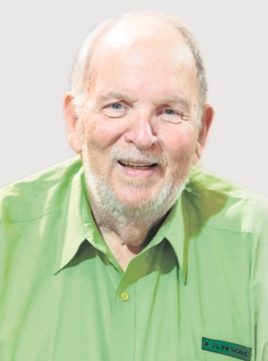 Albert Charles O’Grady was advisor to the president at LANVAC as well as a long-standing and valued contributor to the professional security community. In a message sent out to the company’s friends and associates, he was described as an important executive and “a close friend of our family.”

“The loss of this wonderful man is so profound I cannot begin to put in words how deeply he will be missed by everyone he met,” says Anna de Jager, LANVAC’s vice-president of business development, in an email. “He has taught me so much, and I will forever be grateful for all of the encouragement and support he offered me and our Lanvac family.”

O’Grady was also a noted contributor to the Canadian Security Association (CANASA) and volunteered his service in various capacities over several decades. In that time he served the Ottawa and Ontario boards as president, past president and secretary. He received CANASA’s honourary member award and was named an alumni in 2015 in recognition of his contributions to the association and the industry at large.

“Bert’s input has always been received with great respect, both by his fellow council members and by CANASA staff,” states a memo issued by the association in recognition of his passing.

The family suggests memorial donations may be made to Queensway Carleton ICU or the Irving Greenburg Family Cancer Centre.