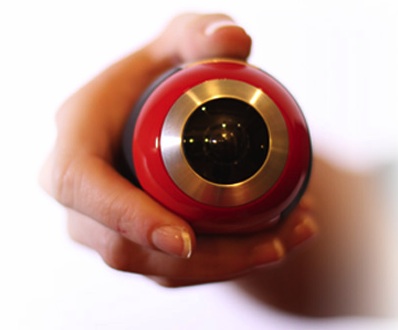 Tamaggo is first to use the ImmerVision patented technology in a digital camera. The company’s initial consumer product, the Tamaggo 360-imager, is a 14MP device that captures a 360 x 200 field of view.

The device, which has a distinctive egg-shaped and ergonomic design, will interface with computers, TVs, mobile phones, and tablets.