According to reports, president and CEO of HID Global Denis Hébert has left the organization. 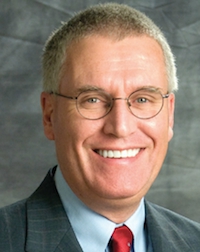 Ulf Södergren has been identified as interim CEO by HID Global. The company has not issued a statement as yet about the transition or whether a search for a permanent new leader is underway. Södergren is also executive vice-president and chief technology officer (CTO) at ASSA ABLOY. (Austin, Tex.-based HID Global is a business unit of the Swedish door solutions giant.)

Hébert joined HID Global as president and CEO in 2002 and was named an executive vice-president at ASSA ABLOY in 2007. Prior that, he was president of Honeywell-owned company NexWatch, based in California. Hébert began his career in Canada and holds a master’s business degree from the John Molson School of Management at Montreal’s Concordia University.

HID Global was first established in 1991 as Hughes Identification Devices, and acquired by ASSA ABLOY in 2000. The company opened its 22-acre Austin headquarters last year and currently employs more than 2,200 globally.