CRC Press has released the second edition of Intelligent Network Video by Fredrik Nilsson, vice-president, Americas, with Axis Communications. The book gives readers an update on all video surveillance technologies and innovations that have taken place in the network video industry over the last eight years, since the first edition was released. 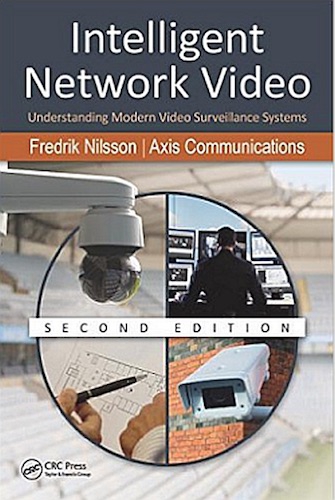 “Deciding to write another book was a huge endeavour and I truly couldn’t have done it without the support of many people in the industry, and of course my colleagues at Axis Communications,” said Nilsson. “There have been many advancements to technology and changes to the industry in recent years. The first edition was so well received that I was often asked to write another.”

“This book is a ‘must-have’ for seasoned security professionals as well as freshly minted security system engineers as it tethers us to reason, facts and analysis, thus making it possible for us to make good technical decisions about the future,” said Pierre Racz, founder & CEO, Genetec.

The book is now available through Amazon, Barnes & Noble, The ASIS Bookstore and CRC Press.