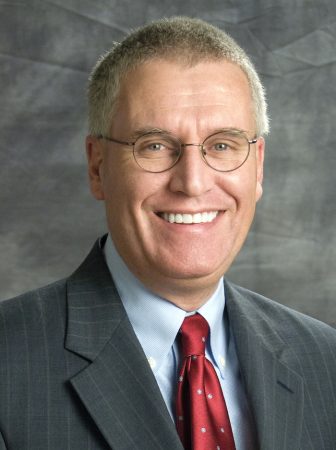 Denis Hébert is the recipient this year of the Security Industry Association’s (SIA) George R. Lippert Memorial Award, which is bestowed annually on a distinguished member of the security community. Hébert recieved the award earlier this month at a SIA Honors presentation, during the Securing New Ground virtual conference.

Hébert is the president of Feenics, an Ottawa-based access control firm he joined in 2016. Hébert was previously the president of HID Global for 12 years and has held several industry executive positions in Canada, the U.S. and France.

Hébert served on SIA’s board of directors from 2008 to 2020, including the roles of treasurer and chairman.

“I am truly honoured to receive this recognition amongst all of those who contribute to our industry, in addition to being considered among such an elite group of prior recipients,” said Hébert in a notice posted on the SIA website. “I have worked with great people over the last 35 years and witnessed much change in our industry. Serving the membership of SIA has been especially gratifying, allowing me the honour of giving back by helping build a strong foundation for SIA’s future and broadening our definition of security. I look forward to further contributing any way I can.”

The Lippert Award was so-named in recognition of George R. Lippert, who spent more than two decades in service to SIA and the security industry.

The SIA Honors program also acknowledged Min Kyriannis this year with the Jay Hauhn Excellence in Partnerships Award and Andrew Lanning as the recipient of the SIA Progress Award.