Appointments News
Canadian Ivan Spector will be next president of TMA

Canadian Ivan Spector has been voted president-elect of The Monitoring Association (TMA). 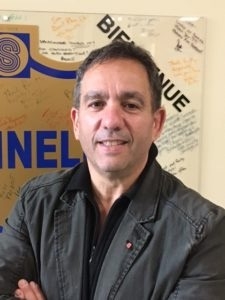 “I am very honoured and humbled to serve in the position of president,” said Spector in a statement. “I look forward to continuing our successes and I thank all of our members for their support and participation.”

Spector is president of Montreal-based Sentinel Alarm Co. and currently serves on the executive committee for TMA. Spector is also a founding member of the Security Industry Alarm Coalition (SIAC) and has served in multiple capacities at the Canadian Security Association (CANASA), including on the board of directors, as chair of its response committee and as national president.

TMA (previously known the Central Station Alarm Association) was incorporated in 1950. The organization has appointed 33 presidents since then — Spector will be the first Canadian in the position.

“Congratulations to Ivan and our other new officers,” said TMA president Pamela J. Petrow in a statement. “I have had the pleasure of working with all of them during my presidency, and know that the association will be in very good hands under their leadership.”

The new appointments will become official at the conclusion of TMA’s next annual meeting, which will be held in Scottsdale, Ariz., Oct. 7-11.