Avigilon announced the appointment of Larry Berg to its board of directors. In his most recent position as president and CEO of the Vancouver Airport Authority (VAA), Berg was instrumental in the redevelopment and expansion of the Vancouver International Airport (YVR) in Vancouver, Canada. The airport was named Best Airport in North America at the Skytrax World Airport Awards in April 2013. 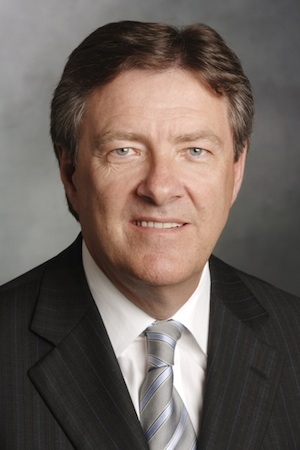 “Larry brings extensive experience in executive management positions, proven business leadership skills, and a unique understanding of the airport industry,” said Alexander Fernandes, president and CEO of Avigilon. “We look forward to his contributions as we continue to grow our business.”

“Avigilon is a remarkable technology company with a proven track record of success,” said Berg. “I look forward to applying my experience and contributing to the company’s rapid growth.”

Most recently, Berg spent 15 years as president and CEO of the Vancouver Airport Authority where he spearheaded a $1.4-billion expansion project, facilitated the opening of the Canada Line mass transit system extension to YVR airport, and was a strong advocate in bringing the 2010 Winter Olympics to Vancouver. In August 2013, Berg was appointed to The Order of British Columbia in recognition of his outstanding leadership and vision that helped YVR airport earn its reputation as one of the world’s top airports.

Prior to his position at the VAA, Berg was vice president of administration at Luscar Ltd, a major Canadian energy company. In the past, Berg served as chair on the Business Council of British Columbia, the Greater Vancouver Gateway Council and the Canadian Airports Council.  He has held directorships on the boards of Seacliff Construction Company, Canada Line Rapid Transit Inc., and VGH-UBC Hospital Foundation. He is also past President of Airports Council International Asia-Pacific Region. Berg is currently on the board of the Vancouver Symphony Orchestra Society and a director of Vantage Airports Group, a subsidiary of VAA which operates 12 airports within Canada and internationally.