Features Business & Marketing
Ask the Expert: Guidelines for selecting the best intrusion detector for an application 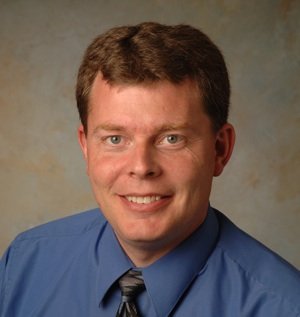 Even for experienced integrators, it isn’t always easy to choose the best detector for each application, risk, environment and customer requirement. Several issues and considerations must come into play during the decision process. Here are some important guidelines to keep in mind as you design your customers’ systems.

Is the facility high-risk with high-value assets (such as jewelry, electronics or cash) that may attract “professional” thieves who come equipped with a range of tools and electronic equipment to disarm the system or trick the detectors? If this is the case, a detector that delivers a high level of catch performance and that is able to distinguish intruder events from harmless non-intruder events is important.

Does the facility contain certain elements that could appear to a detector as an intruder event — possibly triggering false alarms? Examples include:
•    strong drafts of air
•    ceiling fans
•    white light exposure from car headlights, floodlights or direct sunlight
•    slow moving objects, such as curtains, plants, or signs and displays hung from the ceiling
•    small animals or large insects moving in the protected area
•    underfloor heating
•    interior temperatures exceeding 30°C

If these conditions are present in the facility, it is best to select dual motion detectors that combine passive infrared (PIR) and microwave technology, and incorporate other important sensors. Combining data from muliple sensors — such as long and short-range PIR, microwave, white light, and temperature sensors — can help the detector make intelligent alarm decisions — understanding when to alarm and when not to. Small animal or pet immunity features can also help eliminate false alarms that occur when birds get trapped in a facility, such as in a warehouse or large retail store, or mice or spiders are frequently present.

Do many people enter the facility without control, as is the case in a large retail store or warehouse? If the answer to this question is yes, intruders may attempt to mask detectors in the facility during normal business hours, while the system is unarmed, so he or she can return later to take advantage of the compromised system. In this scenario, it is important to select a detector that will alarm if a person attempts to sabotage a detector with infrared-blocking material, such as tape or spray.

Are there areas in the facility that are larger than 18×25 meters? If so, consider special long-range motion detectors that are designed to protect lengthy, narrow corridors. Ceiling mount detectors may also be appropriate for large halls where detectors cannot be mounted on a wall; offices with cubicles where wall mount detectors are not possible; and convenience stores with many shelves where the field of view is better from a vertical perspective than horizontal. However, it is best to avoid ceiling mount detectors in places where objects hanging from the ceiling will block the field of view or when the ceiling vibrates from an installed HVAC unit.

As you can see, there are many factors to consider when choosing the ideal motion detector for each customer. But overall, it is important to know that some conventional intrusion detectors compromise catch performance for false-alarm immunity or vice-versa. More advanced detectors that have a higher level of intelligence eliminate this need to compromise and may be the better choice in many situations if the customer’s budget can accommodate them.

Tom Mechler is the intrusion product marketing manager for Bosch Security Systems, Inc. He has worked in the security industry for 24 years and can be reached at tom.mechler@us.bosch.com.