Features
A face in a crowd: facial recognition is improving rapidly 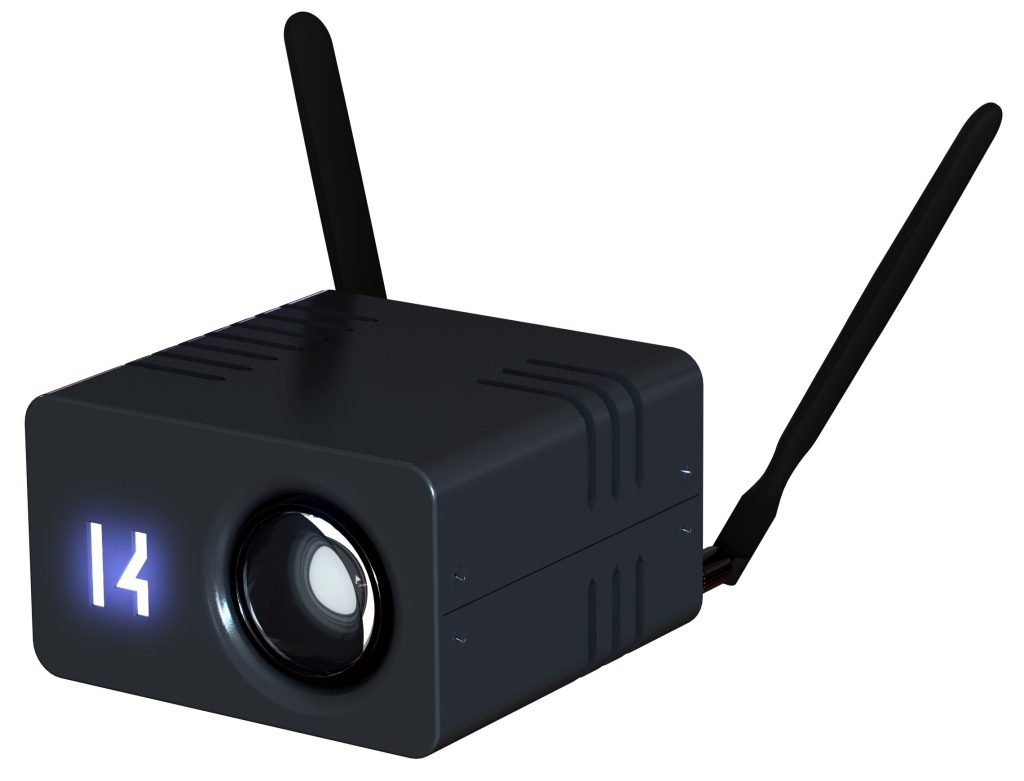 One expert says this is due to advanced machine learning techniques, greater computing power that can process very large amounts of data, and the availability of larger databases.

Elke Oberg, marketing manager of German multinational facial recognition firm Cognitec Systems GmbH says, “It is now at a point where end users can see the benefits, see that it’s working, that the accuracy is sufficient enough, and that you get a very low rate of false alarms.”

Oberg says Cognitec’s main business is in identification management, using face recognition to check for ID fraud in large databases. The firm is also heavily involved in border security, through e-gates, self-service checkpoints used in airports which verify individuals against their passports.

But Cognitec’s latest addition to its product portfolio is real time video surveillance — run either through existing video management systems and cameras or its own IP camera — looking at people in a room and comparing them against a database of known persons of interest.

“These people don’t necessarily have to be people you’ve banned or who’ve stolen, or who have committed some kind of crime,” said Oberg. “You can also use it to recognize valued customers, or what we are doing in the gaming industry as well, people who have a gambling problem, they can self-enroll in a database and then be stopped when they enter a casino.”

California-based Kogniz Inc., a start-up with about 20 employees, also offers video facial recognition, along with object identification, activity monitoring and watchlists for access control, but with a slightly different product — an edge-based camera which runs the processing within itself. Managed through the cloud, the firm says this method eliminates the need for server integration.

“The fact that we have so much processing capability running locally on the device itself, lets us literally put in a camera in any environment with no additional hardware and provide industry leading recognition,” says Jed Putterman, the company’s co-founder. “This has traditionally been a difficult, inaccurate, cumbersome type of technology to implement. And we’ve tried to democratize it to the point where it’s as simple as plugging in a camera and turning it on.”

He asserts that the ease of use and affordability of his firm’s technology have made it a viable option for smaller businesses who “traditionally never would have been able to afford it.”

On the software side, Putterman says frequent upgrades help his cameras “keep getting smarter,” and the firm’s algorithms benefit from machine learning and extensive training.

While Putterman is confident in his solution, he notes that the models used are only as good as the data that is fed into them.

“A lot of them (data) probably are very skewed towards white, middle-aged personalities,” says Putterman. “What happens is, when you train against a specific group, you become very good at finding that group and you become very bad at finding anyone outside of that.”

He says the solution is to train algorithms with data that pulls from a diverse and representative collection of people.

Oberg agrees that larger databases, which are becoming more readily available, are helpful, since the more images algorithms have to train on, the more accurate they are going to be.

While access to extensive data is a boon to facial recognition, combing through exhaustive information can also pose a challenge.

“When you have an IT database with millions of images, the rate of false positives or false negatives is obviously still quite high. It’s just a massive amount of images, so the more you can reduce that, the better,” Oberg says.

Putterman agrees that the technology is not infallible, and says to mitigate errors and create the desired outcomes for his customers, Kogniz’ system can make adjustments.

“If you’re looking for someone who you’re concerned will cause harm… you’d rather put up with a few false positives, but you really want to make sure with certainty that you don’t miss that person,” he says. Conversely, if a customer is looking for a VIP guest to give them a warm welcome, false positives aren’t ideal. “We can error on one side or the other to give pretty extraordinary results.”

Another challenge the technology is grappling with is poor image quality.

Accuracy isn’t the only priority; customers need results fast too.

“If the person is seen and you get the alert five minutes later, that does not help security staff at all,” says Oberg.

She preaches a holistic approach to getting it right quickly, cameras with adequate bandwidth so the data can move quickly, enough computing power to scan and compare images quickly, and how security staff act on the information: “The human aspect is obviously not completely going away; they need to react to the information as well.”

Beyond picking out persons of interest, Oberg says facial recognition in video surveillance has useful anonymous applications, in crowd control and people counting. Cameras can survey if people are moving through an area in a prescribed time, or if too many people are gathering in an area. Oberg says airports are using it to measure how long it takes people to get from the entrance all the way to the gate, data that has implications on how airports are set up, security practices and regulations.

Putterman says people counting has applications beyond security in retail, Kogniz’ most significant vertical. Understanding how many people are in a store and how long they’ve been standing in line can help businesses to allocate staff, or for marketing purposes, it can be determined how long shoppers are staying in the store and in which areas, whether they are new or repeat visitors, and if they’ve been to other stores.

Facial recognition can also target advertisements to individuals based on demographics data.

Agustin Caverzasi, CEO and co-founder of Argentina-based multinational Deep Vision AI Inc., is applying this concept on a city-wide scale, part of his firm’s Smart Cities video monitoring initiative. Age and gender of pedestrians are gathered by cameras, and people are counted. This data can then help customers understand the makeup of a particular area of a city, and target ads accordingly.

Caverzasi says, “brands and advertisers are taking the meta data we provide, which is anonymous information, but it’s hyper-personalizing the ads to the right people and increasing the value of the advertising.”

Deep Vision’s technology can be deployed by customers connecting their application programing interface to the firm’s cloud infrastructure; on premise, for environments with security constraints like banks or airports; and on the edge, through graphic processing units embedded in cameras. Regardless of the preferred method, Caverzasi says the technology can be seamlessly integrated into an organization’s existing video management system and security infrastructure.

“What we are doing is training with different data, and over time, our data sets are getting more and more robust,” he says.

This technology is being embraced by municipalities, as Deep Vision currently has three different pilots in three different cities, both for advertising and its security application, which tracks persons of interest and vehicles.

When it comes to getting his technology to market, Caverzasi credits integrators, VMS companies, camera manufacturers and even partners that provide complimentary technology, such as weapons detection on the security side.

Cognitec also makes use of integrators and value-added resellers, and while Kogniz does work with integrators, Putterman promotes direct sales as a way of providing extra attention to customers.

Putterman says that regardless of its use, facial recognition technology will keep getting better. “We’ll continue to evolve. We’ll continue to get smarter in how we do things. We’ll get better at using the information we have.”

Caverzasi concurs, explaining that algorithms are not only focused on detecting specific objects but also gathering information on environments and what people are doing in them, to create a more holistic picture for security and marketing applications.

Oberg says the potential applications for facial recognition technology are limitless, and as such its future is wide open, but she hopes above all else that future is ethical.

“I don’t want drones with facial recognition. I don’t want body cameras with face recognition. There’s definitely some applications that are going in a very scary direction,” she says, also stressing the importance of lawmakers and regulators in ensuring the technology isn’t abused by mass surveyors.

Putterman agrees that the next frontier of facial recognition is making sure data is used in responsible ways: “We are also very considerate of the data. We throw out as much data as we can.”

Privacy is also important for Deep Vision. “When we have situations or environments in which you need to preserve privacy, the default is the device acting as a sensor, so no imaging or video information is getting extracted from the camera. The only thing you are getting out of the device is meta data,” Caverzasi says.

On the other hand, Oberg says there are future applications that can make life easier, such as an individuals’ face acting as tokens that allows them to travel through an airport without ever showing a passport, making air travel a much quicker and more painless experience.

Another benevolent application, that has potentially life-saving ramifications, is finding missing people or rescuing them from dangerous situations. Deep Vision has a partnership with an organization called the Global Emancipation Network, which is integrating its technology to fight human trafficking, using facial recognition to narrow down search databases of victims.

Whether the future of facial recognition is one of time saving conveniences and life-saving innovations, gross violations of privacy, or a mixture of all of the above, recent improvements and an ever-growing list of applications suggest that it is only going to become more common.

This story appeared in the January/February 2019 edition of SP&T News Magazine.