Deals are getting done, despite the toll the pandemic has taken on the security industry 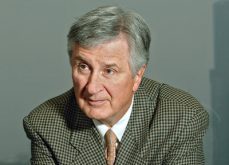 Although the security industry was deemed an “essential service,” many security businesses have been adversely affected. But how has the pandemic affected M&A deals in the industry?

This is a time of greater financial uncertainty and risk for both buyers and sellers. Past experience suggests that deals will be harder to do, those that get done will take longer, and valuations will likely drop a little.

Despite this gloomy picture, my initial take on deal activity in the industry is things are not looking that bad. How is this possible given the economic devastation we have been going through?

Firstly, the security industry has not been affected as much as other industries, so valuations have not been impacted as badly. Secondly, there is a huge amount of private money in Canada and the U.S. on the sidelines looking to be invested.

Finally, those with capital are viewing this as a time to possibly take advantage of some deals in the market. My take is most alarm companies have been affected mainly on the installation and service side but their monitored accounts have held up. There have been some account cancellations, but not as many as we might have first thought. There are alarm account deals being done — some in the normal course, some by dealers who are being forced to sell or have decided to sell because they can’t rely on their monitoring RMR alone.

For example, I closed two small deals right in the midst of the pandemic in normal fashion without any appreciable discounts or abnormal terms. Interestingly enough, some alarm accounts buyers are telling me they are looking to buy because they can’t grow organically right now so they are resorting to acquisitions.

This pandemic has actually brought new buyers out of the wood-work to do smaller deals — 500 accounts or less. Medium sized deals — 500 to 2,000 accounts — are still being done by the regular buyers. Fire service companies have been affected by the shut down but inspections that had to be delayed will, by law, get done so inspection revenue will be delayed not lost completely.

In March, only essential fire service work was being done but that is loosening up now and owners tell me mostly their technicians are back at work full time now.

However, my guess is some of the larger fire installation jobs will be lost delayed or cancelled forever.

I have talked to two private equity buyers of fire companies and got the same message from both. They are still actively looking for fire deals. In assessing value they will likely treat the virus shut down period as an aberration and pay more attention to future forecasts of EBITDA than they have in the past.

The key thing they will be looking for is that there is no long term damage done to the company (i.e. technicians or customers being lost). Some guard companies have been hurt by the pandemic in a way that will affect short and medium terms valuations. Others have actually benefited by the shutdown as guards are now being used to protect empty buildings.

Also, new guards are being hired to manage traffic in and out of all sorts of buildings and stores. This leaves integration businesses where the main source of their revenue is larger installation jobs. I think they are perhaps the most vulnerable. Their installation jobs have been delayed or cancelled and it is unlikely that new work will appear to replace these cancellations anytime soon.

As a result, selling integration businesses may well be the most difficult of all the sectors of the security industry. A buyer looking at an integration business’s EBITDA for the last few months will likely see reduced numbers and this could extend out to the end of the year.

In summing up, here are some tips on what sellers should be aware of in the next few months:

In summary, my feeling is that deals in certain sectors of the security industry will continue to get done. We will all have to pick our spots and be more patient and flexible.