News
What’s really new and cool out there? 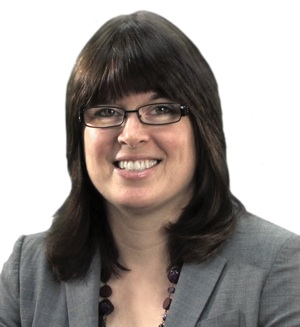 I have a very antiquated system for planning my ISC West meetings. It involves an Excel spreadsheet, sometimes backed up by entries into my BlackBerry calendar with time reminders and by the end of the show my “master plan” is typically illegible and in tatters.

This time I’m contemplating using the ISC Mobile app that will allow you to search and bookmark exhibitors, view conference sessions, explore the floor plan with point-to-point routing and build my own personal ISC West agenda and get alerts during the show.

Problem is, I don’t think Rogers is a carrier recognized by ISC.

However, I am determined to make my time on the show floor more dynamic than the last six shows I’ve been to. So I want to know, how do you approach attending a trade show like ISC West? If you’re an exhibitor it’s all about survivor mode — good footwear, lots of sleep (ha ha!) and a solid knowledge of your product line which you will repeat a million times before the show ends on April 8.

But I’m not talking about footwear strategies — I want to know from the attendee perspective what your scheduling and meeting tips are. For me, the meeting requests with vendors begin in January, months before many even start thinking about their trip to Vegas.

Everybody wants to schedule time with the trade press, and while we try to fit as many in as we can, what I’ve found is often when I arrive at the booth sometimes it’s been more about PR agencies scoring face time with little thought as to why they actually want us there.

Over the years it’s become a bit of a challenge deciding how best to spend one’s time at the show so we can bring back valuable information to readers.

Sometimes the “new” products or systems aren’t all that new. Often it’s the quick drive-bys to the smaller vendors in the corners of the halls that net you that real “ah-ha” moment of the show. More than once it has been the unplanned, spur-of-the-moment conversation on the show floor with an end user or product manager from Canada that provides the best story idea or insight into a technology that may be the next big thing.

When I covered the IT industry many years ago there were industry analysts from at least three different research firms who also roamed the shows. You could bounce a new product announcement off an independent voice as a sort of litmus test for its validity. Apart from IMS Research, and John Honovich, who rarely leaves home to actually attend the trade shows, the security industry has very few critical eyes being cast upon it.

For us, the challenge is also finding out if a) the product is being distributed to Canada, b) is anyone in Canada already using it and c) can we talk to them?

A few interesting things have already popped up on my radar this year. For one, why is Mike Howard of Microsoft, who also spoke at ASIS in Dallas last October about the software company’s Global Security Operations Center, taking stage again, this time at ISC West with Sandy Jones and Cary Boethel of Siemens Building Technologies. Perhaps it’s the industry’s new fascination with Physical Security Information Management (PSIM). Certainly we’ve been writing about big centralized projects in our sister publication, Canadian Security, in the last year — particularly at the City of Calgary and Alberta Health.

In the past, much of our coverage of big shows has been more reflective of press conferences or major product splashes. We will obviously continue to cover the big product news, but we’re also looking for the unique and potentially game-changing technologies from the lesser-known players.

This time, I want to know what you’re going to see at the show, what cool products you run across, or what sessions you’re attending and what you think is worth our attention. While in Vegas at the Sands Convention Center, please consider sending me an email at jbrown@annexweb.com (put it in your iPhone, Android or BlackBerry now!), a photo or tweet a direct message to me @SecurityEd.