Features
Wearables and the future of physical security 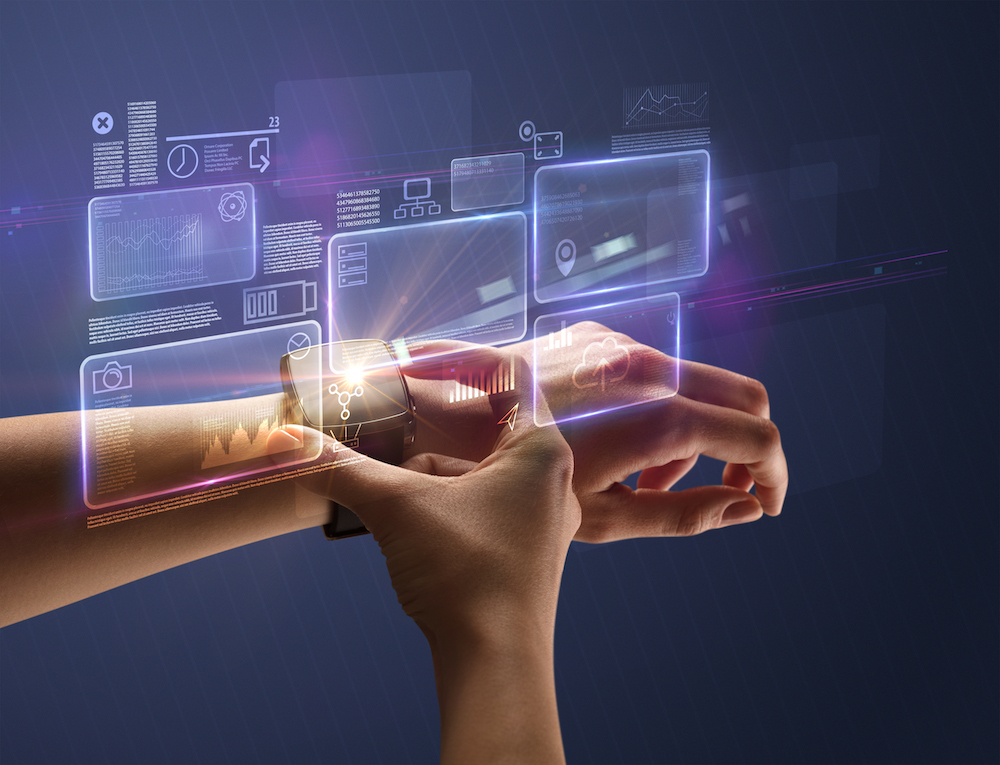 Salvino D’Armati invented eyeglasses in the 13th century, and Marty McFly sported a trendy calculator watch in the ’80s, but Fitbit and other wearable technologies have supercharged the concept of data collection through a wearable device.

Today, wearable technology is changing the way people work, train, and play – even the way they secure their physical spaces.

Many security professionals may already be familiar with some of the commercially available wearable solutions for physical security, specifically access control. Perhaps the most widely understood application is the use of mobile-credential apps available for use with smart watches such as the Apple Watch. The app downloaded to the smartwatch holds a user’s mobile credential for an applicable access control system, allowing a user to simply present their watch and go. But this type of wearable does little to solve the issues of tailgating and borrowed credentials that plague nearly all other credentials. Fortunately, recent innovations in security wearables offer a solution that addresses these security concerns and more.

With a centuries old origin story and a global market poised to reach US$118.16 billion by 2028, wearables have proven to be much more than just a passing trend. But how did we get from eyeglasses to a market valuation in the hundreds of billions? And what implications do wearables have on physical security? To answer these questions, we need to start at the beginning.

The History of Wearables

Ironically, one of the first examples of wearable tech was invented as a way to cheat the system. In 1961, Edward Thorp and Claude Shannon developed a small, four-button computer that fit into a user’s shoe. The wearable was designed to help users cheat at roulette, as the built-in timing device helped users predict where the ball would land. It was not until the 1970s that wearables became mainstream, starting with the first calculator wristwatch in 1975 and later joined by the Walkman portable music player in 1979.

The 1980s marked the rise of wearables used in health applications. In 1984 the Polar Sports Tester PE3000 was released, which was the first-time user biometrics appeared live on a watch display. Further revolutionizing the healthcare industry was the introduction of digital hearing aids in 1987. After the introduction of Bluetooth technology into the mass market in the late ’90s, the 2000’s saw the explosion of wearable tech. This decade produced innovations such as the iPod, GoPro, and Fitbit, all of which are still commercially available today, albeit in smaller, more evolved form factors.

Wearables hit a fever pitch in the 2010s when Google Glass hit the market in 2013. These smart glasses displayed information like that of a smartphone and allowed the wearer hands-free control with the use of voice commands. Wearers could make calls, take pictures, and view weather updates, among other features, and the product had real-life applications in hospitals, warehouses, and the military. Though commercially regarded as a failure for Google, due either to its steep asking price or lack of visual appeal, Google Glass paved the way for a more interconnected world and its technology lives on in other wearable applications.

Introduced in 2015, the Apple Watch quickly became the world’s bestselling wearable device. Built as a complement to the iPhone, the Apple Watch offers several capabilities such as fitness tracking, wireless communications, video streaming, gaming, and a number of additional iOS supported applications. The popularity of the Apple Watch still endures today where it is seen as more than a functional wearable, but also as a status symbol and fashion statement. This popularity shows no signs of slowing as the wrist-wear segment of the larger wearables market is forecasted to reach $62.16 billion by 2028.

Further driving the future of wearables is the proliferation of virtual reality (VR) and augmented reality (AR) headsets. Originally developed for gaming purposes, VR headsets carry implications beyond that of just entertainment. Currently VR and AR are being used in everything from courtrooms to e-commerce and even physical security. For example, security personnel can use augmented reality glasses to see relevant information such as floor plans and blueprints without ever leaving their posts, but that is just the tip of the iceberg. The VR and AR market is expected to explode within the next five years with a compound annual growth rate (CAGR) of 67.9%. Look to see VR wearables applied in mainstream within that time, changing how we experience everything from the real world to alternate worlds.

Driven by society’s demand for connectedness, personal safety, and instant gratification, wearables present a unique opportunity. From a physical security perspective, wearables can help organizations and the integrators that serve them meet their goals in ways that software and other hardware solutions cannot. We see this already when it comes to the life-safety applications of wearables outside of commercial spaces.

For example, textile wearable antennas have been developed for use by firefighters and other rescue teams on the job. This patch-like solution includes GPS and voice communication capabilities, allowing for unit positioning and identification of conditions of the field for improved situational awareness. Other examples include body-worn cameras, fire masks with integrated thermal imaging capabilities, and ultra-lightweight wearable toxic gas detection systems. Private companies are already making use of wearable technologies for health, safety, and security; commercial organizations can easily do the same.

Physical Security Wearables for the Mainstream

Helping to pave the way for security wearables in the new era of hybrid and remote work, digital badge holders empower organizations with the ability to make physical access, authorizations, and compliance visible. This solution allows organizations to turn their existing building access cards into a digital security wearable that continuously makes safety and security permissions visible to everyone present. How? When an authorized person enters a secured area using their access card, the digital badge holder indicates a specific colour to identify authorization. If an unauthorized person enters the same area, the badge holder will flash a different colour to everyone else present. In this way, everyone will be able to instantly ‘see’ who is not authorized to be in any area or who is not in compliance with safety policies.

This unique, wearables-driven solution also offers additional security benefits in the form of mustering, visitor management, and contact tracing capabilities. In the event of an emergency, administrators can ensure everyone is accounted for using mobile data collection and flexible mustering zones. Administrators can further ensure visitors respect security access policies and enforce host/escort policies by tethering visitors to their host. Furthermore, when the wearable detects a colleague within approximately 6 feet of another user, it prompts the users with an alert to establish a safe distance. In the event a team member or visitor is identified as infected with COVID-19, the system quickly delivers first, second and third-degree exposure reporting.

Making authorization visible empowers employees in secure or high-risk areas to take part in protecting it. Not only does this help reinforce the company’s safety and security culture, but also gives employees the confidence to challenge unsafe or unauthorized people. The system can also send notifications to the security team alerting them of a breach. Thus, the digital badge system extends and reinforces traditional physical access control through applications that reduce risk and improve safety in ways not previously possible.

The Future of Security Wearables

Digital badge holders are certainly not your grandma’s wearables. Their ability to be deployed quickly leveraging existing physical access control system infrastructure allows organizations to implement security wearables efficiently and cost effectively. Physical security providers of the future should take note, as a wearable is only as good as its ease of use and accessibility. Given the evaluation of the current wearables market and proven success of digital badge holders, we can expect this growth to continue penetrating the physical security market as well. Expect to see security wearables take on new capabilities and applications as we move into a world where what you are wearing can protect you – and others – from harm.