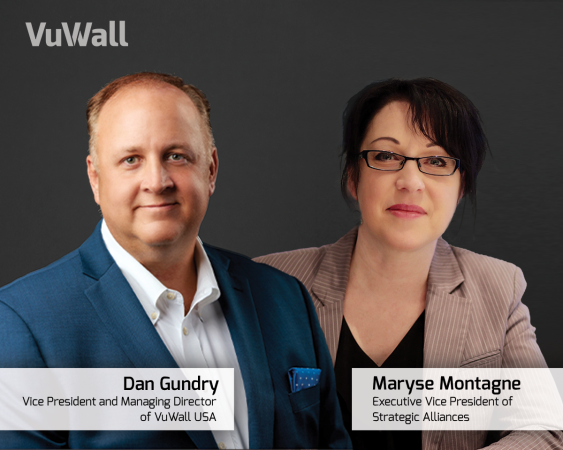 “In the last few years, VuWall has grown significantly and gained market shares internationally and in the U.S.,” said Paul Vander Plaetse, founder and CEO at VuWall in a statement.

“As American customers seek out our state-of-the-art ecosystem of video wall controllers, encoders, decoders, and software we want to ensure they have a robust regional presence that will continually serve and support them. Additionally, as more and more customers and technology partners operate globally, we strive to provide them with coordinated attention and resources. Our investment in Dan and Maryse is part of those efforts and will help accelerate the adoption of VuWall solutions.”

Gundry is a control room specialist with 20 years of experience in the audiovisual industry. He most recently led the control room solutions group of integration firm Vistacom and turned this niche group into one of the premier control room integrators in the U.S.

In the last six years, Montagne has been an instrumental sales leader for VuWall. Her deep understanding of the business, technology, and global environment in which VuWall evolves as well as her ability to build strong partnerships put her in the best condition to lead the coordinated efforts to support VuWall’s global accounts and build strong synergies with the company’s technology partners.