Desbiens is replacing CFO Keith Findlay, who is taking his retirement as of May 3 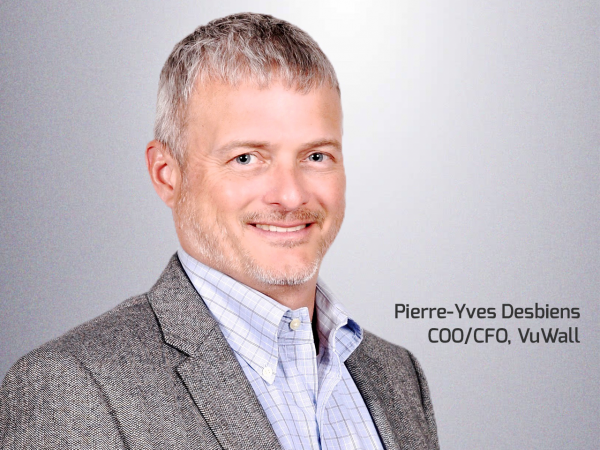 Desbiens is replacing CFO Keith Findlay, who is taking his retirement as of May 3. Desbiens is responsible for finance, accounting, business intelligence, legal, human resources, and overall business operations. As a new member of the executive team, he will report directly to the CEO Paul Vander Plaetse.

“We couldn’t be more excited to have Pierre-Yves join the VuWall team” said Paul Vander Plaetse, CEO at VuWall, in a prepared statement. “His impressive track record, both in his career and his character, makes him the perfect fit to overseeing our company’s finances and operations as we enter a new phase of expansion, all while preserving our company values.”

“I am thrilled to be joining VuWall at such an exciting time of growth and increased focus on financial excellence and operational efficiency,” said Desbiens. “I look forward to working with the team and being an integral part of the company’s growth and success.”