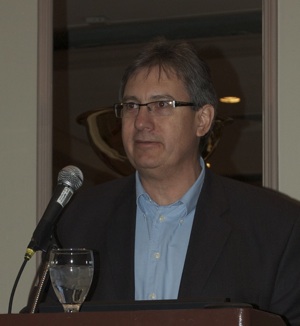 Proponents of video verification services are arguing that their services are significantly cheaper than guarding alternatives, but customers need to be well educated in order to appreciate the merits of video.

Barry Rogers, president and CEO of Securtek, a division of SaskTel, made the trip out from Saskatchewan to attend a recent CANASA Ontario Chapter meeting in Toronto.

Securtek, which has been in business since 1999, expanded into Ontario last year when it purchased 7,500 wholesale and retail accounts from Aurora, Ont.-based Maximum Monitoring Services for $1.4 million.

Video verification is growing in popularity, said Rogers, with 73 per cent of security firms investing in technology that can deliver monitored response. Business is growing, he said, but customers sometimes have to be convinced. They may have preconceived notions of what a video system should look like, thanks to police and CSI-style dramas they have seen on television.

In truth, sophisticated video is not required to deliver reliable video verification services, said Rogers. “Very low quality video is still enough to let an attendant know if there’s a problem or not.”

Rogers added that customers can expect an immediate cost reduction of 25-50 per cent if they switch from live guards to a video monitoring services. Cameras “don’t fall asleep, they don’t take a lunch break, they don’t call in sick,” he said.

Bob Miller, president of Securevisionview Inc., in Aurora, Ont., who also spoke at the CANASA meeting, has been monitoring video off-site for approximately eight years. He was also the owner of Maximum Monitoring before it was sold to Securtek.

Miller said he was “tired of explaining to customers why the guard service or police didn’t get on site in time” in response to an alarm. By having video to verify a break-in or problem, response times can be improved, he said.

Monitoring services can also offer customers independent access to camera views by providing applications that can access them on a handheld device. Customer access also acts as a back-up to the monitoring station, said Miller, and provides more incentive for police to arrive on the scene quickly.

Additionally, customers like the fact they can check on their homes remotely, to look in on children, pets or aging parents. It’s a major selling point, said Miller. “This is the future — it’s going to get better and better.”

Rogers said that the video verification industry will be helped by the adoption of standards like ONVIF. “Standardization is extremely critical as we move forward in this industry.”

As such, monitoring stations are requiring broader skillsets of their employees, he said. “You need IP and IT skills to manage problems,” he said. However, he added, while skillsets are critical, “understanding customer expectations is even more critical.”