Vicon Industries, Inc. (VII: NYSE-MKT) (“Vicon”) designer and producer of video security systems and high-performance IP cameras, announced that as part of the ongoing integration of IQinVision, Bret McGowan has been named Senior Vice-President Sales for the Americas, Far East and Western Africa, taking responsibility for the combined sales organization. 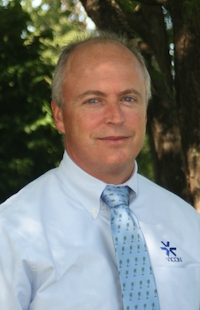 Bret joined Vicon over 20 years ago as a marketing analyst and has since held many positions and continually moved up the ladder, most recently as Vicon’s Senior Vice-President, Sales and Marketing for the Americas, Far East and Western Africa.

As part of the transition process, Steven Safarti, Director of Global Sales, and Mike Gruber, Director of Sales Operations, both formerly with IQinVision, will report to Mr. McGowan.

Bret McGowan commented: “I am excited to be a part of the executive team in this important juncture in the company’s history. I am confident that we can bridge the core competences of both sales organizations to build a solid foundation for growth along with new levels of customer service.”

“I am confident that Bret’s experience and knowledge of the security industry, technology trends, and customer relationships will position him to lead the sales team of the combined companies toward renewed growth and future success,” said Eric Fullerton, CEO of Vicon.