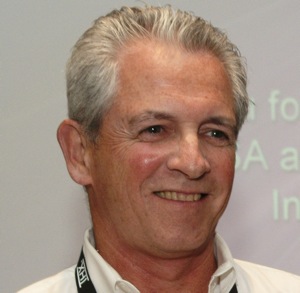 Peter Garnham
Peter Garnham is a security industry leader and innovator with an exceptional 34-year career.

Peter began his career in 1974 with ADT, then known as Dominion Electric Protection. Garnham says that “after six months at the job, I became a security industry lifer!” This is where Peter developed his skills in sales, marketing, product management and field training.

He later joined C&K Systems to start up one of the more successful
manufacturing and distribution operations in Canada. Peter subsequently
identified a need in the market to provide representation for
foreign-based suppliers, so in 1994 he formed his own company, PG
Security Associates in Brampton, Ont., which he still runs today.
Peter enjoys sharing his industry knowledge, as evidenced by his many
presentations at Security Canada trade shows through the years and his
involvement with Sheridan College during the late ’90s. Teaching,
sharing and participation are crucial to success in any business or
venture.

In a recent interview, Peter stated that he initially joined CANASA for
“strictly business reasons” but he soon discovered the social and
personal rewards of membership. “The security industry is a small
community, and I wanted to support and give back to that community, so
I got involved with CANASA,” said Garnham.
One of the greatest benefits of any association is the networking and
camaraderie that takes place between members. To gain from this you
need to participate, an investment of time and effort in association
activities. Peter believes the privileges of being a member is giving
back to the industry and networking with your peers, which all come
from your direct personal involvement.

After joining CANASA, Peter Garnham was one of the first volunteers on
the Suppliers Advisory Council. Garnham’s mentor was John Maplesden,
CANASA President in 1981. He said he learned so much from Maplesden’s
efforts, tireless volunteerism and his exemplary work on trade shows
and seminars that it gave him a better perspective of the needs of the
association and it’s diverse regional needs.  Peter has served on
CANASA’s Ontario Chapter, National Board of Directors as well as a
variety of committees spearheading many CANASA industry initiatives
over the last three decades.

One of the many contributions made by Garnham was the creation of the
first CANASA Ontario golf tournament with past president Dave Duggan.
CANASA tournaments have evolved into one of the most successful and
well-attended member charity events. Peter believes that the successful
evolution of an association involves giving back to any community in
which it operates.

In 2006 Garnham was awarded the R.A. Henderson Award for his
significant contributions to the industry. The award recognizes an
Association member who voluntarily demonstrates an unmatched level of
commitment to the Canadian security industry and to the growth of
CANASA. R.A. Henderson began his own alarm company in 1959, Universal
Alarms Ltd., in Ottawa, and one of the first independent central
stations in Canada. R.A. Henderson was instrumental in founding CANASA
in the late 70’s and a past president of the Association.
Peter has generously contributed his time, talents and resources to our
industry. We are fortunate that such industry innovators like Garnham
have chosen to be a part of the CANASA family and network.